Malcolm Hotel serves up Soup for the Soul

"It’s there for if you need it … we all know that sitting down and breaking bread is one of the best ways to put a smile on people’s faces so that is what we are really after is giving people something stable in the community."
May 7, 2020 4:00 PM By: Jenna Dulewich 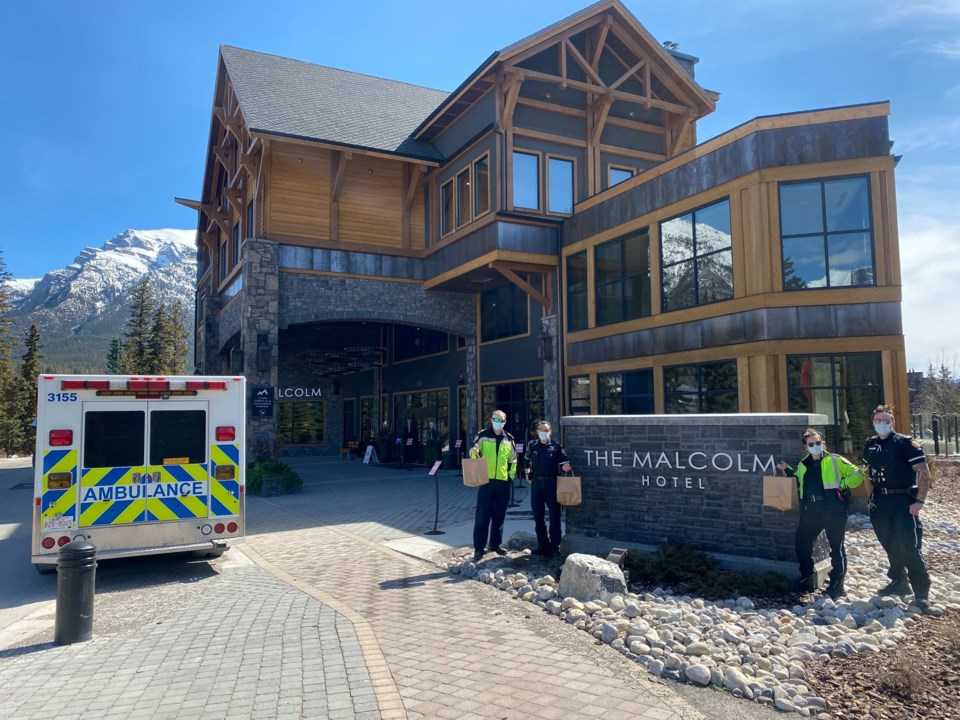 CANMORE – Soup’s on at the Malcolm Hotel  in Canmore.

The local business is offering soup for the community from Monday to Friday, as the general manager and chef have taken up serving soup to the community on a first-come, first-served basis as a way to help amid a global pandemic.

“The soup idea came together with Frank Kernick wanting to do something for the community, not only Spring Creek but for Canmore – so Frank, myself and our executive chef Graham Smith sat down and said, ‘What can we do,’” said general manager Andrew Shepherd.

The Malcolm Hotel closed its doors on April 1, following the health and safety guidelines put out by the provincial government amid the COVID-19 pandemic in Alberta. Shepherd said the decision to close was made to be a socially responsible leader in the community, while trying to do everything they could to slow down the spread of the virus.

But as the hotel closed its doors to guests, about 80 to 90 per cent of staff was also temporarily laid off.

It was when the doors closed, the three men began to brainstorm about what to do.

After some discussions and a couple of days, Soup for the Soul was born and showcases fan favourites such as tomato bisque, cream of mushroom, corn chowder and potato bacon.

“It’s nice to see all the people who truly need it and who truly want it,” Shepherd said.

“And what happens is because it’s by donation, when everything gets donated, then we are able to take that money and give it to the people who truly need it the most.”

Operating on a donated ingredient basis, courtesy of Kernick, Shepherd then works with Smith to batch up 120 litres of soup daily, along with 120 loaves of bread.

While donations are not required, it is appreciated in exchange for the freshly simmered soup and freshly baked bread. Within the first week, the Soup for the Soul program raised a couple thousands of dollars for the Bow Valley Food Bank, and as of last week, the number surpassed $7,500.

“We want to help those who need it most, but we have such an excellent mixture of people coming in,” Shepherd said, noting there was one soup lover who donated $500 for a litre of potato bacon soup and bread.

“But it’s not about the donations, it’s there for if you need it … we all know that sitting down and breaking bread is one of the best ways to put a smile on people’s faces, so that is what we are really after is giving people something stable in the community.”

Shepherd and Smith also offer soup and baking tips for those who ask.

“You need to start with good, fresh ingredients to get good flavours,” Smith said, giving away his expert tips to a good soup.

“Also patience, good soups take time – about four to five hours. You need to let it reduce and let it simmer.”

“You need lots of patience with bread, you cannot rush it … it’s funny because it is such an easy thing to make but people mess it up – practice makes perfect,” he said.

The program will continue to run until restrictions on social distancing are relaxed, but in the meantime, while Shepherd said he misses his staff and hosting visitors from around the world and across country, he wants to remind everyone that the mountains will always be here.

“At this time, it’s not the time to tell people to come to Canmore and spend money. It’s the time to say, the beauty of the Rockies isn’t going anywhere so when it is safe, please come back, but not right now,” Shepherd said.

The Soup for the Soul program, available to Bow Valley locals, runs every Monday to Friday at the Malcolm Hotel, starting at 10 a.m. on a first-come, first-served basis. The flavours of the soup are announced the night before on the Malcolm Hotel Facebook page.