Parks Canada and RCMP have announced scaling back search efforts, three days after the 23-year-old man from India went missing, as he is presumed drowned
Jul 28, 2020 1:19 PM By: Jenna Dulewich 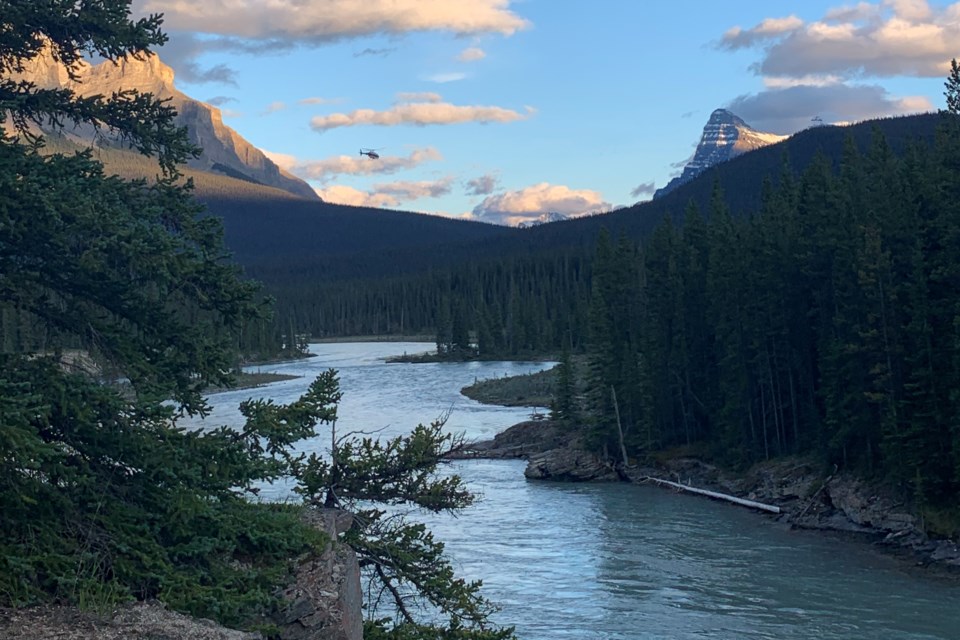 LAKE LOUISE – Three days after a 23-year-old man from India went missing after falling into the North Saskatchewan River, Parks Canada and RCMP announced it will be scaling back search and rescue efforts as the man is presumed drowned.

“The individual remains missing and is expected to have drowned … we will return to the area for helicopter searches in the coming weeks,” Dwight Bourdin, resource conservation manager of Parks Canada said during a Tuesday (July 28) morning press conference.

The 23-year-old went missing on Saturday (July 25) after falling into the North Saskatchewan River along the Glacier Lake Trail, approximately 83 kilometres norther of Lake Louise on Highway 93.

The Indian man, who was living in Calgary on a work visa, was with two friends who all stopped to take a photo along the river when the man fell in. During the press conference, it was revealed the friends ran alongside the river for about 300 metres before losing sight of their friend.

“We extend our sincerest condolences to the family and friends,” Bourdin said.

Manager of visitor safety for Banff, Yoho and Kootenay National Parks Brian Webster said some of the challenges during the search was the remoteness of the area where the man went missing.

“We had to operate a fairly extensive search in a remote area,” Webster said. “We used helicopters and had to get helicopter fuel to the area … and getting people to the area where the search was being conducted.”

“If you are near swift-moving water, be very careful,” he said during the conference.

“If you fall in, it will be very difficult to [move] out.”

Officials also noted the temperature of the water and how even on the hottest of days, the glacier-fed river only warms up to 6 C or 7 C.

“If you fall in unexpectedly, it is very difficult to react,” Webster said.

While the search for the missing man will continue, officials said most of the ground search is being discontinued, while aerial support will remain.

“At this point, we don’t feel there is any point at continuing the search in the capacity that we have been doing,” Lake Louise Sgt. Gerald Walker said.

Walker said the team will return to the area this Friday to conduct an aerial search and if deemed appropriate, a ground search with a boat will also be conducted.

“We are not ruling out anything,” Walker said.