Council brought up concerns the new documents might complicate new development and requested an additional month to review the proposed guidelines
Nov 2, 2020 8:45 AM By: Jenna Dulewich 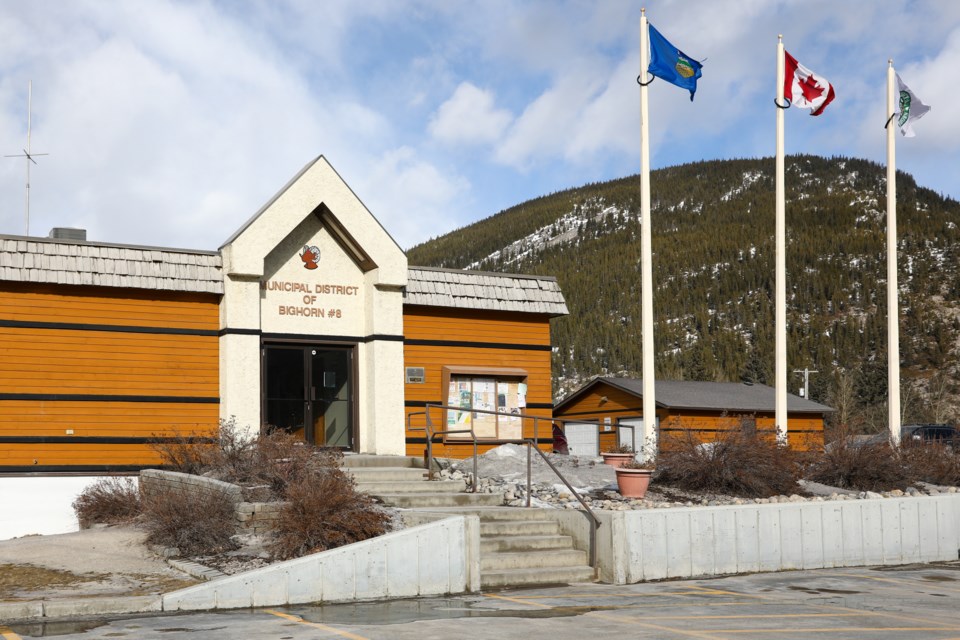 BIGHORN – A new document outlining the standards for major plans and subdivision servicing in the MD of Bighorn has been delayed at the request of council.

During the Oct. 13 virtual council meeting, administration presented two new documents, the Standard for Major Plans and the Standards for Subdivision Servicing – with an accompanying policy for both documents.

"It is quite thorough and extensive," Bighorn director of operations Bill Luka said during the meeting.

"Administration recommends council approves the standards [though] we do want to recognize it will complicate development."

After some heated discussion, council voted to postpone any approvals for a month.

"When you say it will be more complicated for the developers, do you mean it will cost them more, or will there be engineering complications that might occur while establishing a subdivision," Councillor Paul Clark asked during the meeting.

Luka said a little bit of both – explaining that the new guidelines require developers to undertake certain assessments and studies to meet development requirements.

Councillor Lisa Rosvold spoke out against making development more difficult in the MD, to which Luka explained the updated document was created as a requirement for the Municipal Government Act (MGA).

"This is a requirement of the MGA and I believe these are in good form for engineering best practices," Luka said.

Coun. Rosvold raised concern that the document was necessary, noting she wants to support future development in the MD.

"[I] want to encourage development in the future ... I don't want to support something that discourages it," she said.

"There is quite a difference between being thorough and being onerous ... and if someone wants to subdivide their lot, this requires them to do an environmental site assessment, a bioassessment – there are a lot of assessments and engineering work required in here [and] I am just wondering how much is not required and is just wishful," Ryan said.

Luka noted anyone developing would be subject to the same reviews and assessment, at their own cost, but can have an engineer make the recommendation the assessments are not required.

Coun. Clark noted some Bighorn land is within the Bow Valley corridor.

"I think it is our responsibility to have the highest standard, in my opinion, and if someone is going to develop something in the Bow Valley, it is going to cost a lot of money and create a lot of revenue," he said.

"I am not an engineer, I have a great deal of empathy that we not create unnecessary regulations and also heard staff say that these regulations complied are prudent ... I'm inclined to take the [opinion] of the engineers," Butters said.

While the first motion for approving the Standard for Major Plan and Subdivision Servicing Policy was originally passed in a split vote – Reeve Dene Cooper, Coun. Clark and Coun. Butters voting in approval – during the second motion, the opposing councillors continued to raise concerns.

"I want to hear from staff, not words like 'maybe' or 'I believe' ... I want to know we are not going above and beyond what is required by the MGA and I am very concerned about this policy as it sits," Rosvold said after the first motion was passed.

After more discussion, Coun. Butters asked if council could have more time to review the new documents.

"I don't know what other information would be needed," Coun. Clark said.

"We have the lawyers, engineers, so I'm of the opinion these are professional people that are certified, so what are we doing to say to contradict their opinions."

Reeve Cooper said he supported postponing any approval, as he didn't want council to feel pressure to understand something so complex.

"I realize this is a very complicated document [and] I also realize there are lots of development issues in the MD – historically some places needed better rules before we built them," Cooper said.