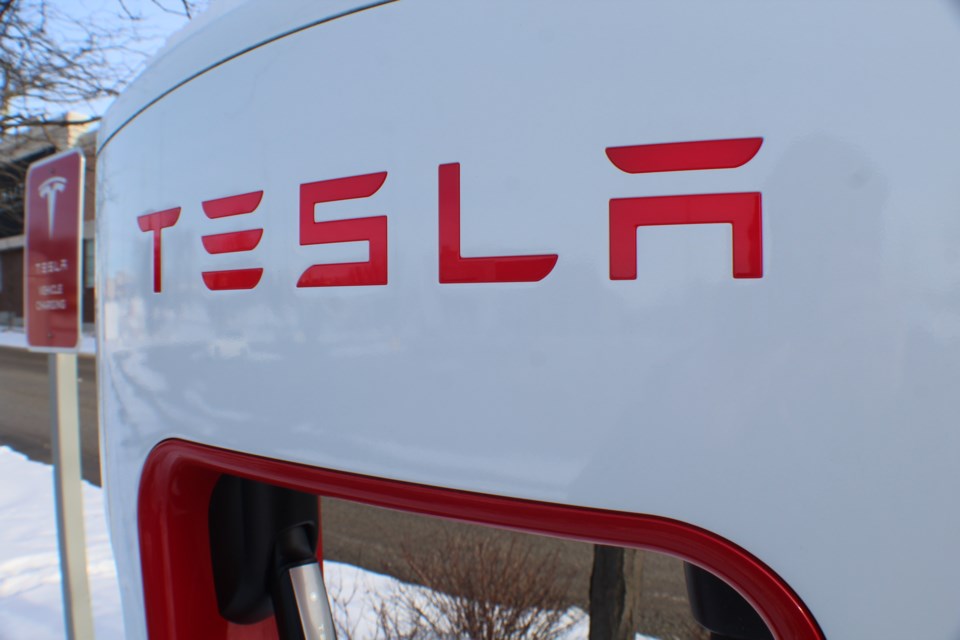 There's not a whole lot to get charged up about yet when it comes to electric vehicle stations scattered around the city, although it's expected to ramp up as the technology becomes more widespread.

Adam McMullin, the city's manager of energy management, reported back to council Monday night after information was requested on electricity use and costs associated with the operation of the electric vehicle charging stations at four city sites.

Staff had initially estimated $12,000 annually for electricity costs at the charging stations -- located at the Barrie Marina, Heritage Park, Collier Street Parkade and the downtown library -- but the bill came in at just a fraction of that at around $2,300.

"Based on part-year consumption data, as of Dec. 31, 2018, it is estimated that these costs will fall well below the initial estimate for the foreseeable future, even with an anticipated increase in utilization of the locations," McMullin said.

Regular parking rates apply at the stations, but there's no additional charge to use them. The electricity costs are paid by the city, but as the facilities become more well used, the municipality says it intends to charge for the use of the charging stations.

The city partnered with Tesla in late 2017 to install the stations at four city-owned locations, including the Barrie Marina and Heritage Park with 12 stations each, 24 at the Collier Street Parkade and six at the downtown library. Tesla covered the installation costs.

Downtown parking rates apply to the Collier Parkade, library, Heritage Park and marina lots. There are no restrictions on who can use the spots with a charger. However, if you don’t have an electric vehicle, the city prefers that you park in a spot that does not have one.

Through online surveys, phone calls and correspondence, the city has also been gathering public opinion on the program.

McMullin said feedback contained both support and opposition to the initiative. There are people who support the project, but request more dedicated parking spots, while others said the vehicle owners should pay for the electricity costs associated with charging, a cost that should not be paid for by the taxpayer.

The parkade chargers were turned on Feb. 22, 2018 followed by the Heritage Park and marina locations on July 1, 2018, with use increasing over the course of the summer as their existence became more commonly known, McMullin said. The library location chargers were brought online on Sept. 15, 2018.

The city is still looking at partnerships. During the planning stages, the Downtown Barrie Business Association (BIA) supported the creation of electric vehicle charging stations, potentially offering sponsorship of the electrical operating costs, said McMullin, adding staff has reached out to the BIA to discuss the idea and are awaiting feedback from the BIA's executive.

City staff will report back to council in the fall after the charging stations have been operational for a full year and more public feedback has been received. They will look at parking options, fees, alternatives and future opportunities.

"This evaluation period is necessary as the (electric vehicle) market is rapidly growing and the municipal best practices for adoption of EV charge infrastructure is evolving," McMullin said.

About the Author: Raymond Bowe