Canmore RCMP are looking for the public’s help after a woman was struck in the head with a rock and seriously injured on the Victoria Day long weekend.
May 31, 2012 12:00 AM By: Rocky Mountain Outlook 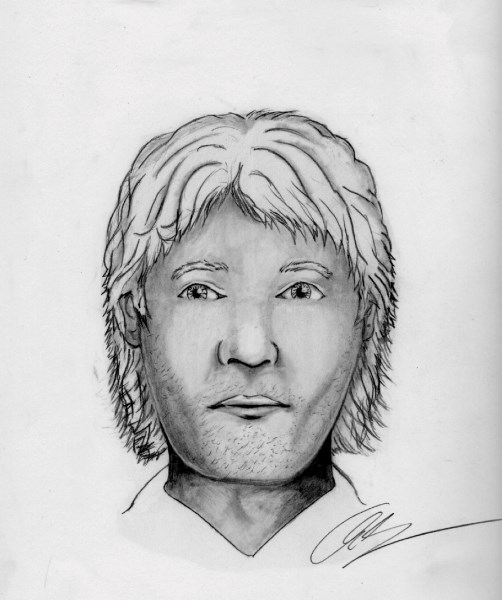 Canmore RCMP are looking for the public’s help after a woman was struck in the head with a rock and seriously injured on the Victoria Day long weekend.

RCMP have released two sketches of persons of interest they would like the public’s help with identifying. They would also like to speak to anybody who witnessed the assault at 1:30 a.m. on May 21.

According to police, three unknown males were walking past the Drake Hotel by the Big Head sculpture at the time and started arguing with guests of the hotel on a balcony.

The argument escalated to the point that one of the suspects climbed up onto the balcony and punches were exchanged.

One of the suspects then picked up a rock from the base of the statue and threw it at the balcony, striking a 29-year-old female in the head.

The female was taken to Canmore Hospital and later transported to Foothills Hospitals where she is in stable condition.

Cpl. Jack Wrobel said he expects the victim to be in hospital for quite a while because the head injury she suffered is significant.

Interviews with witnesses have produced the two sketches, and he said the men are persons of interest who were with the person who threw the rock, and who RCMP wish to find.

We would like somebody to come forward and identify one or both males in the sketches,” Wrobel said.

He added RCMP would also like to speak with anybody else who witnessed the altercation, as it was a busy long weekend and many people were out and about that evening.