Police charged a 37-year-old man with criminal negligence causing death after the body of a woman was found along Highway 1A east of Mount Yamnuska on Sunday morning (April 19).
Apr 21, 2021 2:08 PM By: Rocky Mountain Outlook 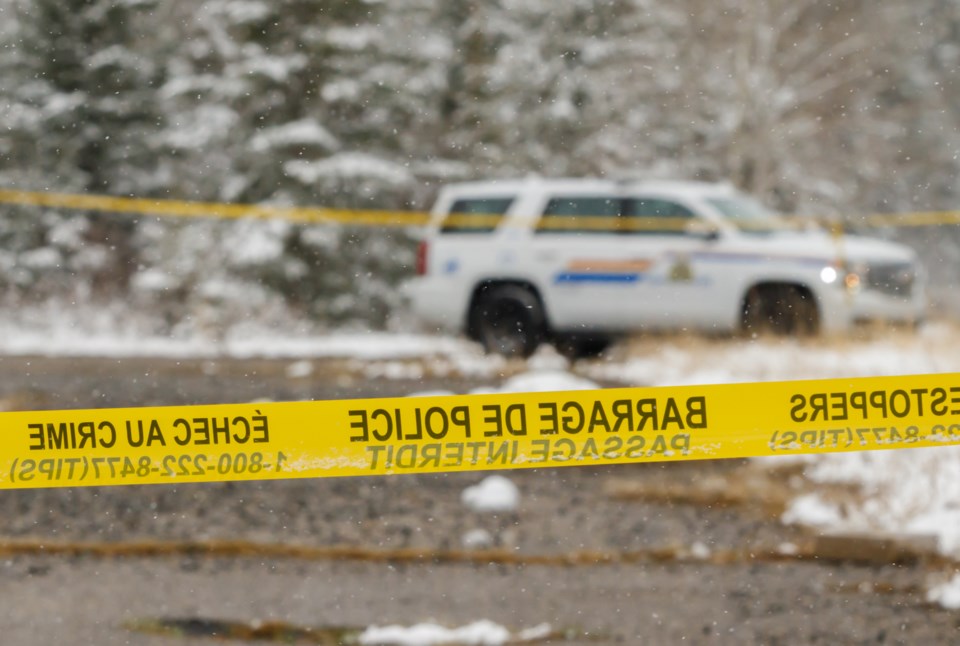 STONEY NAKODA – A man has been charged in the death of a 23-year-old woman from Stoney Nakoda.

On Sunday morning (April 18), Stoney Nakoda RCMP were called to assist emergency personnel with an unresponsive female on Highway 1A on the Stoney Nakoda First Nation east of Canmore.

"The female was pronounced deceased at the scene," said Cpl. Tammy Keibel, media relations for the RCMP's southern Alberta district. "Basically, the investigation indicates the victim had departed from a moving vehicle and then was placed back into the vehicle, and at a later time located deceased."

RCMP identified the woman as Keesha Crawler of Stoney Nakoda.

The accused and the victim were known to each other, said Keibel.

House was arrested and has since been released. His next court appearance is on May 25 at Canmore Provincial Court.

No further details were provided by the RCMP.

Police taped off and were monitoring a parking lot area east of the Nakoda Lodge on Sunday while the investigation was underway.