It's not every day a Mountie on patrol gets to deal with a wild cougar in downtown Banff. Constable Julien Cloutier-Jodoin had just pulled over a driver in the early hours of Tuesday (Jan.
Jan 18, 2018 12:00 AM By: Rocky Mountain Outlook 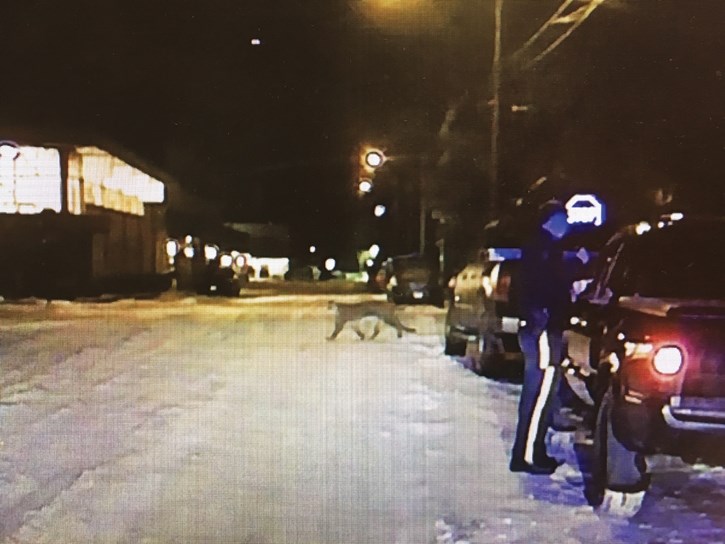 A still photo taken from video of a cougar in downtown Banff near the IGA on Marten Street.