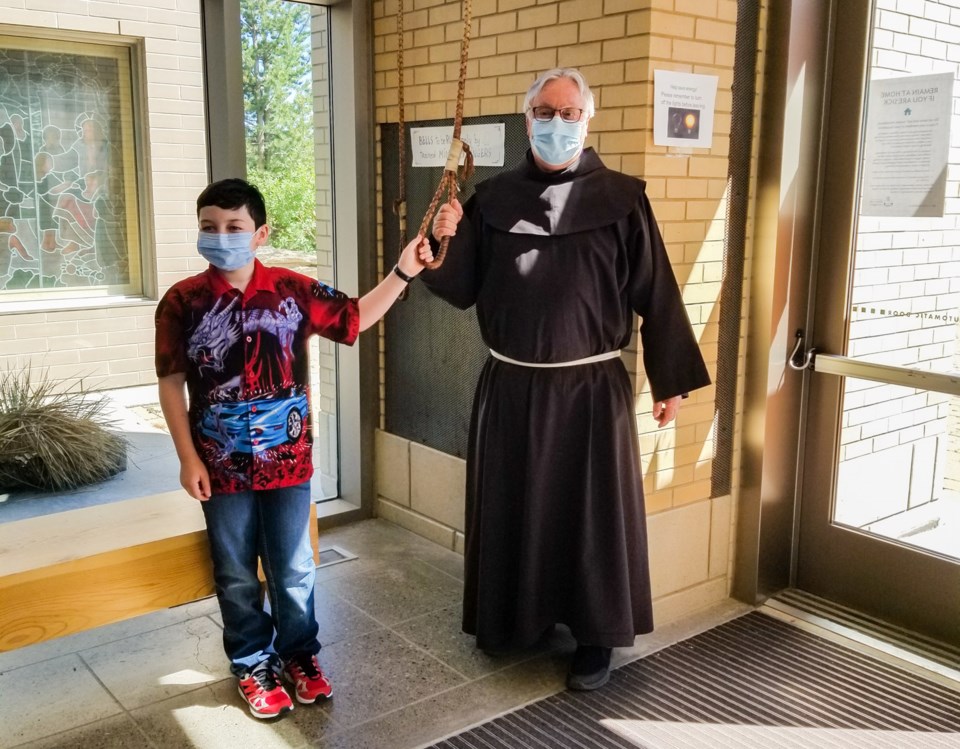 COCHRANE— Celebrating their 125th anniversary, St. Mary’s Parish is ringing in the momentous occasion with the naming of one of the church's bells.

St. Mary’s 125 anniversary is on November 20 and 21, Anniversary Committee chair Jennifer Foy said, and the parish has been looking for ways to celebrate the occasion. She explained the momentous occasion inspired the group to name an unnamed bell in their bell tower.

“Two of already had names and one didn’t— We thought that not’s right,” Foy said with a laugh.

Dyllahn Kierzek, 11, came up with the winning bell name Gabriel. He learned about the assignment through his classes at Holy Spirit School.

He spent time looking at different biblical figures and eventually narrowed the name down to two options— Aaron and Gabriel.

In his winning submission, Dyllahn said, “God entrusted Gabriel with the delivering of the most important message of the Catholic faith, as well as other messages. Because of this, he is the patron of messengers. Since we go to church to hear God’s messages I think it would be good if the bell was named Gabriel. That we can feel protected as God’s messengers.”

When the bell was officially named Dyllahn had the unique opportunity to ring the bells at the St Mary’s Saturday mass.

“It was very, very fun but also hard because it’s heavy,” Dyllahn said with a smile, explaining that he had to put his whole body into it when ringing the bells.

Foy explained Dyllahn’s submission stood out because of the time and thoughtfulness he put into choosing the name Gabriel.

The other bells in the tower are named Maria and Julius— Their names have been cast on the bells. Foy added they are now exploring how the name Gabriel can be inscribed on the newly christened bell.

The naming of the bell is the beginning of the 125th-anniversary celebrations. The Parish has created a bookmark commemorating the event and is exploring ways to bring the community together while respecting COVID-19 public health protocols. She added that St. Mary’s has also received a certificate from Pope Francis congratulating the Parish on their 125th anniversary.

November 20 will be an especially important celebration as the Parish will have the Bishop coming to say mass.

“That’s a very special thing for us. That doesn’t happen very often,” Foy said with a grin. “It will make a special occasion.”