The Crossing at Ghost River approved for overnight guests

The Crossing at Ghost River can now accommodate overnight guests in 15 designated rooms
Sep 20, 2020 7:00 AM By: Jenna Dulewich 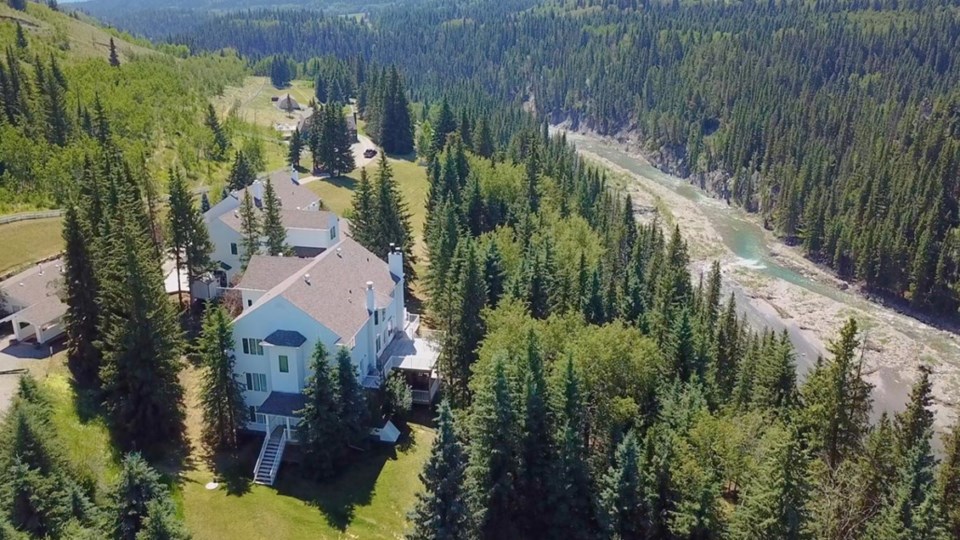 The Crossing at Ghost River. CROSSINGEXPERIENCE.CA

BIGHORN – A development permit allowing overnight visitors for the Crossing at Ghost River has been approved.

During the Sept. 8 MD of Bighorn virtual council meeting, the three council members present approved the development permit requesting 15 of the 27 guest rooms at the Crossing at Ghost River be used as overnight visitor accommodation.

Councillors Erik Butters and Paul Clark did not vote, as Butters declared a conflict of interest, and Clark had taken a phone call during the meeting and was absent.

"The Crossing is currently a retreat and event facility, and you will be familiar with this [application] because the landowners recently applied to amend the district use," Bighorn development planner Jenny Kasprowicz said during the meeting.

Earlier this summer, council approved the request to rezone the 1970s building. In the request, Crossing management said the facility needed 40 to 45 per cent occupancy to become a viable business. According to a submission from the owners, the occupancy rate was at 27 per cent in 2018.

Located within south Ranchlands, the property is 59 hectares and about five kilometres southeast of the hamlet of Benchlands. Historically the facility operated as a retreat business, but an assessment suggested the owners could increase occupancy by rezoning some of the rooms and relaxing current event restrictions.

Concerns of additional noise travelling down the river and traffic on the shared access road were brought up during the public hearing for the re-zoning. At the time, the development planner said the concerns were around the application to expand the business beyond its original operating approvals.

Kasprowicz said the application did not propose any additions or building of additional guest rooms, but sought to allow guests to stay overnight in the 15 designated rooms. The current owners said there have been no complaints received in the past four years of operating.

The rezoning was approved after it obtained third reading from Bighorn council on July 14.

During the development permit decision, council went over the development officer's report with 20 staff recommendations including: the option to renew the rezoning that expires in two years; careful attention to exterior lighting to reduce light pollution; putting onus on the operator to mitigate any complaints or problems that arise due to visitor accommodation use and the rezoned usage shall not interfere with the rights of other residents to the quiet enjoyment of their neighbourhood.

During the September meeting, council discussed the language around the quiet enjoyment of a neighbourhood. Coun. Paul Ryan noted he has received several letters in the past in other Bighorn municipalities about noise complaints.

"Interfering with quiet enjoyment is entirely subjective and I am aware of some people who get very upset about wind chimes," Ryan said.

Council voted to change the wording to "not unduly interfere with the rights."

– with files from Tanya Foubert