BOW VALLEY – Housing prices in the Bow Valley are up there with Vancouver and Toronto. A long-awaited housing needs assessment shows that median prices for single-detached homes are $900,000 in Canmore and $1.2 million in Banff, which compares to $1.
0
Jun 27, 2019 12:00 AM By: Cathy Ellis 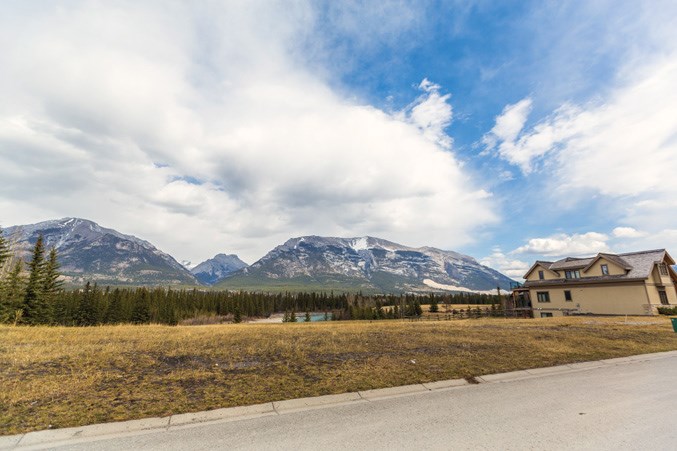 The site of the most expensive publicly known purchase of residental land in Canmore at 13 and 14 Van Horne Way, pictured on April 26, 2019.

BOW VALLEY – Housing prices in the Bow Valley are up there with Vancouver and Toronto.

A long-awaited housing needs assessment shows that median prices for single-detached homes are $900,000 in Canmore and $1.2 million in Banff, which compares to $1.1 million in Toronto, $1.3 million in Vancouver and significantly less in other Canadian cities.

While real estate data for Canmore and especially Banff is limited, townhouses are more affordable at a median price of $673,000 in Canmore, which is higher than $643,000 in Toronto but less than $804,000 in Vancouver.

Officials say housing prices have jumped significantly over the past decade, fuelled in part by low interest rates, easy access to financing and increased demand for housing in the Bow Valley, including for second homes in Canmore.

“The high cost of housing creates financial hardship for residents who do not have high incomes, for example, the service sector. This makes it challenging for local employers to attract and retain employees, especially if they do not offer employee housing.”

The 88-page assessment, which uses 2016 data, showed housing ownership costs grew approximately twice as fast as inflation between 2011-16. It outlined the median income difference between owner and renter households – owners’ incomes are 30 per cent higher than renters in Canmore and 24 per cent higher in Banff.

Alison Gerrits, community services director for the Town of Banff, said this news is no real surprise, noting it confirms much of what Banff’s own studies are saying.

“It shows that homeownership really is truly out of scope for most people,” she said.

“There are people who are not able to purchase a home with the wages that are being earned. It’s not possible for them to enter the homeownership market.

Canmore Councillor Joanna McCallum, who sits on BVRH, said many people who want to own a home end up leaving the Bow Valley, which is a great loss to the community.

“I think that in larger municipalities like Vancouver and Calgary you can drive to get a mortgage and there’s a higher proportion of higher paying jobs because it’s not a service-based economy,” she said.

"People can drive to Airdrie or drive to Okotoks until they can get a mortgage, which is typical of a lot of places with suburban development around them, and we can’t do that in Banff and Canmore. People in Banff used to drive to Canmore until they got a mortgage, and then we got popular.”

The assessment identifies affordable homeownership gaps as renters who have the income to become homeowners, but need some assistance to enter the housing market in order to stay in the Bow Valley.

According to the assessment, an affordable homeownership program could be targeted to existing renters with incomes in the range of $70,000 (singles or couples) to $110,000 (larger families).

The study used a benchmark of 250 renter households as the homeownership affordability target, equating to eight per cent of all rental households. It concluded that the Bow Valley region will have to supply 53, or five units per year on average, just to keep pace with existing growth.

“Banff’s and Canmore’s affordable homeownership programs help retain essential workers in segments of the labour force that are critical to maintaining every community,” the assessment concluded.

“Many of these households will go elsewhere to achieve housing security, taking their skills, education and talents with them.”

Single-family home prices vary across mountain communities, according to the assessment, but prices in the communities of Cochrane and Squamish are significantly less than Banff or Whistler.