CANMORE – Two Canmorites are being recognized at the Canadian Paralympic Sports Awards for highly successful performances at the PyeongChang 2018 Paralympic Winter Games.
Nov 1, 2018 6:00 AM By: Jordan Small 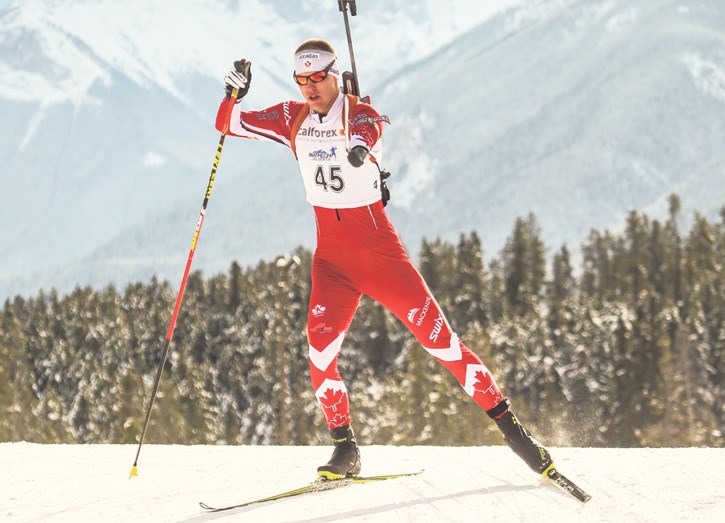 CANMORE – Two Canmorites are being recognized at the Canadian Paralympic Sports Awards for highly successful performances at the PyeongChang 2018 Paralympic Winter Games.

“It is such an incredible honour to receive this recognition as the male athlete of the year, especially with all of the stellar performances by Canadian Paralympic athletes throughout the year,” said Arendz, in a statement.

Arendz made national history at the PyeongChang Games, winning gold, two silver and three bronze in cross-country skiing and biathlon events over nine days – the most medals any Canadian athlete has won at a single Paralympic Winter Games.

“It’s something that might never be repeated. Everything came together and it worked. It was a lot of small steps to get to that point,” Arendz said, in a June interview with the Outlook.

On Canada Day in Canmore, Arendz led the Olympic contingent of 21 Olympians and five Paralympians from the Bow Valley in the annual parade.

Arendz’s six medals topped off the ParaNordic team’s record-breaking 16-medal showing, which was achieved under the guidance of coach McKeever.

“Straight up, it’s an honour, but getting that award is because of the amazing team and amazing athletes coming together over the week in PyeongChang,” he said.

McKeever said the team beat expectations at the Winter Games, and called the 16-medals an “astronomical” achievement.

With the team since 2010, McKeever’s award recognizes a coach who has “provided the vision, leadership, knowledge, and dedication to support athletes reaching the highest levels of Paralympic sport,” according to the Canadian Paralympic Committee (CPC).

As an athlete, McKeever represented Canada at the 1998 Olympic Winter Games.

In 2001, he began skiing as a guide for his brother, Brian, where the duo earned seven gold medals, two silver and two bronze medals at three Paralympic Games.

After 2010, McKeever was named head coach of Canada’s ParaNordic program.

The CPC will hand out the awards to athletes and coaches at a ceremony on Nov. 15 in Calgary.