BANFF – This year’s Banff Marathon is racing towards its fate with organizers considering further postponement or cancellation of the popular international event.
Apr 22, 2020 3:00 PM By: Jordan Small 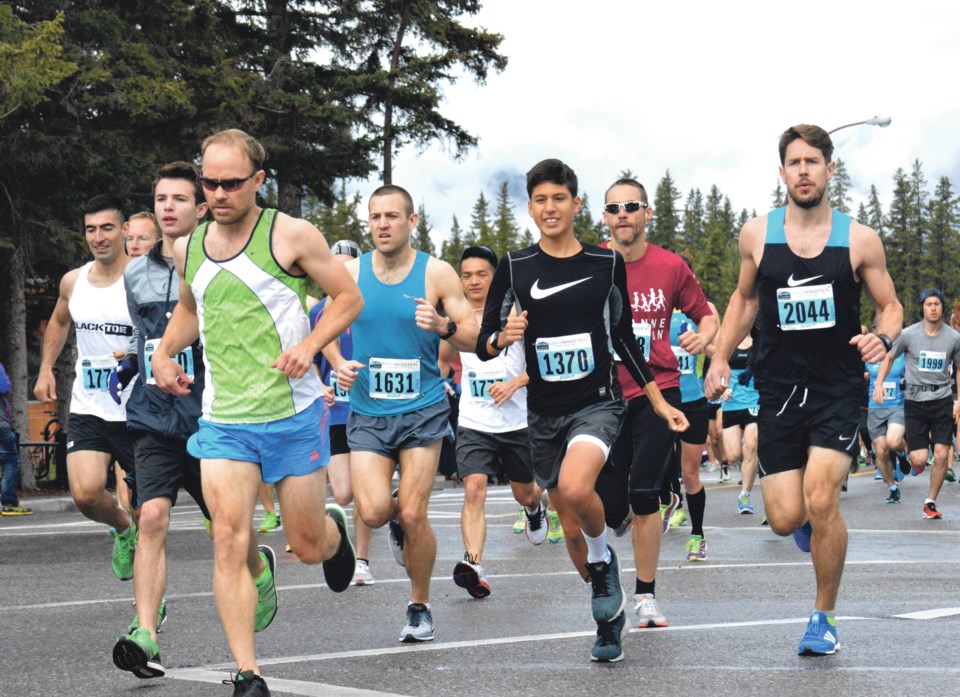 Banff Marathon runners burst out of the gate in 2016. RMO FILE PHOTO

BANFF – This year’s Banff Marathon is racing towards its fate with organizers considering further postponement or cancellation of the popular international event.

Organizers say a final decision on the status of the 2020 event, which is sold out, will be made later this week, after an announcement last Friday (April 17) that the races will not take place June 21 due to the global COVID-19 crisis.

“In consultation with the key stakeholders of the event, we want to make sure the direction we choose is the best decision for the event, the participants and the community,” wrote race director Paul Regensburg, in an email.

“On one hand it takes an incredible amount of resources and logistical planning to postpone a major event. On the other hand, if we can host the event safely later in the year, it would be a great comeback because the event provides a lot of economic and community benefits.”

Last year, the event, which features a marathon, half marathon and 10-kilometre races, had runners from 31 countries – the most in event history – travel to Banff National Park to compete.

The decision to not hold the event on June 21 was “delayed as long as possible as the organizers and event stakeholders remained hopeful as new information emerged,” according to Friday’s announcement.

Should the Banff Marathon be cancelled, it will be the second time in seven years organizers will have pulled the plug on the event. In 2013, the devastating Southern Alberta floods washed through the Bow Valley and forced the cancellation of the event in its inaugural year. The race made its debut one year later.

As the Banff Marathon idles in uncertainty, other noteworthy annual sporting events around the valley have either been cancelled or postponed due to COVID-19.

The Rocky Mountain Soap Women’s Run and Walk was postponed from May 23-24 to an undetermined date in fall, and the Plaid Goat Mountain Bike Fest this summer was officially cancelled at the end of March.

In a Facebook post, Rocky Mountain Women's Run and Walk wrote its main objective is to provide a safe environment for the event.

“We are working with our stakeholders and partners to secure a date for the postponed races, and will be in touch as we receive more information. Details on refunds or transfers to the new date are coming,” the Facebook post said.