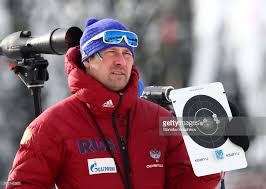 Pavel Lantsov has been named as national team coach by Biathlon Canada on July 3.

CANMORE – Biathlon Canada announced a flurry of changes recently in preparation for the Olympic quadrennial.

Pavel Lantsov was named as national team coach Tuesday (July 3), and will assist head coach Matthias Ahrens. Lantzov has 18 years of coaching experience, and spent the last seven years with the Russian National Biathlon team. He’s also spent nine years at the biathlon sports school in Zabaykalsy Krai, Russia, and resumé includes work with the Olympic men’s and women’s team. He has master’s degree in management and a bachelor’s degree in physical training and sport.

Biathlon Canada said they reviewed Lantsov’s history with the World Anti-Doping Agency (WADA) to confirm he has never been implicated, or been under investigation, for athlete doping. Several Russian biathletes, including star Anton Shipulin, were not allowed to compete at the 2018 Winter Olympics in PyeongChang due to the fallout from the McLaren Report, which uncovered state-sponsored doping in Russia.

“Pavel had an excellent resumé and interview. He was over to meet the organization and the team, and he is a good, sound person. The elephant in the room is Russia and what that entails. We did our due diligence with WADA and Pavel is not a person of interest to them, and was never directly associated with their investigations,” said Biathlon Canada board president Lyle McLeod.

Biathlon Canada was the first biathlon organization to boycott world cup events in Russia, and was a vocal opponent of the Russian Biathlon Federation’s conduct after the release of the McLaren Report.

“Being non-WADA compliant, we still have issues and voice our concerns about events and participation of the Russian Federation. All people aren’t painted with the same brush. We aren’t anti-Russian. You have to look at the individual. There were people within the Russian system who were whistle blowers, and shed more light onto the situation. When we look at the individual, Pavel passes that test. If you are clean and can bring skills to our organization, that ticks the boxes for us,” McLeod said.

The team also named Heather Ambery as general manager. Ambery comes from the Canadian Olympic Committee, where she worked as program manager for national sport federation services. She helped manage the National Sport Federation Enhancement initiative, which was designed to enhance business functions and build capacity in Canadian NSOs. She was a member of Canada’s mission staff at the 2016 Summer Olympics in Rio, and the 2018 Olympics in PyeongChang.
“I am thrilled and honoured to be joining the Biathlon Canada team during such an exciting time for the organization,” Ambery said in a statement.

She was also competition manager at the Ottawa venue for the FIFA Women’s World Cup Canada in 2015, and worked with the West Ottawa Soccer Club.

“We were looking for somebody to be with the organization for two-plus Olympic cycles, with a strong sports background and leadership skills,” McLeod said.
Biathlon Canada has also applied to regain its charitable status, and saw several strong applicants for the general manager job.

“We were impressed with the quality of candidates we had for the position. We had a shortlist and Heather came out on top … she ticks all the boxes.”