After months of selection intrigue, grueling races and suspense, Canada’s Olympic biathlon team is beginning to take shape and it includes a lot of Bow Valley athletes.
Jan 18, 2018 12:00 AM By: Rocky Mountain Outlook 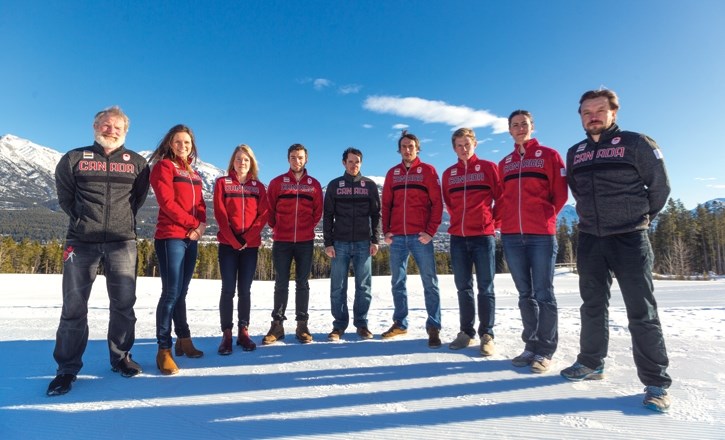 After months of selection intrigue, grueling races and suspense, Canada’s Olympic biathlon team is beginning to take shape and it includes a lot of Bow Valley athletes.

Canmore athletes will make up 90 per cent of Canada’s biathlon team at the 2018 Winter Olympics in PyeongChang, led by recent bronze medallist Rosanna Crawford.

“It’s really exciting. I always feel so privileged to represent Canada. Obviously, I do it on the world cup, but it just feels a little bit different when you’re now officially called Team Canada,” Crawford said.

Crawford is going in hot, coming off her first solo world cup medal – a bronze in the 15 kilometre individual race – and a fourth place in the mass start. She has shot clean in her last three races, shooting 50/50 in the process.

“It’s a good confidence booster. Biathlon is such a crazy sport, where you never really know who’s going to win the race because the shooting can throw such a curve ball into it. I will try and carry the confidence into it, really see what I learned from those races … that’s going to be the goal for the Olympics,” Crawford said.

She’s not the only Canadian carrying a hot streak. Julia Ransom has posted two top-10 performances on the world cup this season, while the Gow brothers have also become perennial top-25 threats and were key members of Canada’s medal winning world championship relay team, which they shared with three-time Olympian Brendan Green, and sharpshooter Nathan Smith.

Lunder and Beaudry have also recorded personal best results this season, while Tandy is showing signs of regaining her top form. Davies has been solid on the IBU circuit, and will get four more race weekends before the Games.

“Hopefully, we can give some guidance to the younger guys,” said Crawford. “This year has been so motivating, especially from our lack of funding from Own the Podium, to then go and show what we can do. Someone said to me,’ you are getting the results, so you can do it without OTP.’

“In the past eight years we have been creeping up the ranks quite successfully with individual medals, and medals at recent world championships. Also, we’ve had some top 10 and top six performance at the Olympics. Now we are going in with three veterans, and we have some young athletes who just had nice personal bests on the world cup,” Ahrens said.

The small program surprised many at the Sochi Olympics and Ahrens believes they can accomplish more of the same in PyeongChang.

“With having had recent success, we have high expectations, but of course everyone is going that way. It will be tough competition. Last year in world cup in Korea, we really were successful on those courses. I have good hopes that we’ll get some good performances,” Ahrens said.

Cross Country Canada is expected to name its team on Jan. 21, while ski cross athletes race at Nakiska this weekend to determine their team. Alpine Canada is also expected to make its official announcement next week, while Canmore curler John Morris is a sure bet after winning mixed curling trials last week.