Jirousek and Cunningham will make their Eagles’ debut at Friday's (Jan. 10) game against the Fort McMurray Oil Barrons at the Canmore Rec Centre
0
Jan 10, 2020 2:29 PM By: Evan Buhler 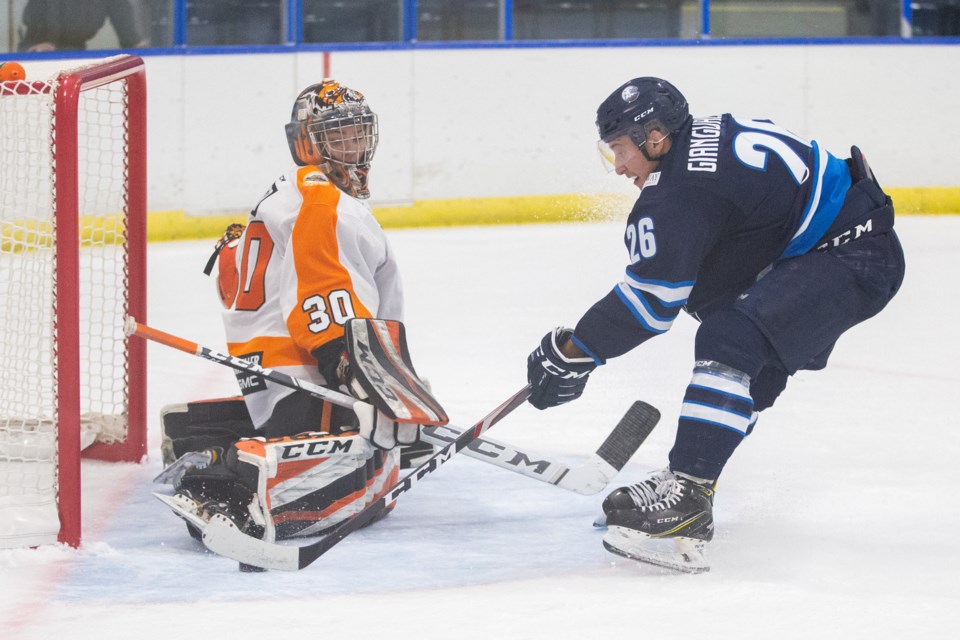 CANMORE – The Eagles said goodbye to a pair of 19-year-old players on Wednesday (Jan. 9), sending Max Giangualano and Carter Coles to the Grande Prairie Storm.

In the lead-up to the trade, Milne cited Giangualano’s lack of production this season as factor in his decision. In 35 games this season, Giangualano only put up 14 points, a far cry from his productivity last season where was nearly a point-per-game player.

“With Max not having the year he wanted, we were both in agreement that maybe a change in scenery would help him and hopefully it gives him a resurgence in his career and an opportunity to start fresh,” said Milne.

The Eagles’ newest forward, Jirousek, plays a physical game down the middle of the ice and should provide the team with a more daunting presence on the forecheck. The 19-year-old, 6’1” centre is from Whitehorse, YT and has 35 points through a season and a half in the AJHL with the Storm.

“He plays a nard-nosed in your face kind of game, and like Max he’s a guy that probably should be producing more than he has to date. So hopefully this trade will kickstart his production,” Milne said.

In Cunningham, the Eagles’ received a defenceman that is a year younger than Coles, who can move the puck through the defensive and neutral zones, which should in turn, allow for more time in the offensive zone.

Both Coles and Giangualano had been with the Eagles for the past three seasons, and Milne is hopeful the recent trade will benefit all parties involved.

“In the end it really came down to four guys that really just wanted fresh starts and hopefully they can all have some success in doing so,” Milne said.

Jirousek and Cunningham will make their Eagles’ debut Friday evening (Jan. 10) in game against the Fort McMurray Oil Barrons at the Canmore Rec Centre.