“Basically as a non-traveling alternate I am the second reserve rider to our athletes that were selected to go to the Games."
Aug 5, 2020 7:05 AM By: Evan Buhler 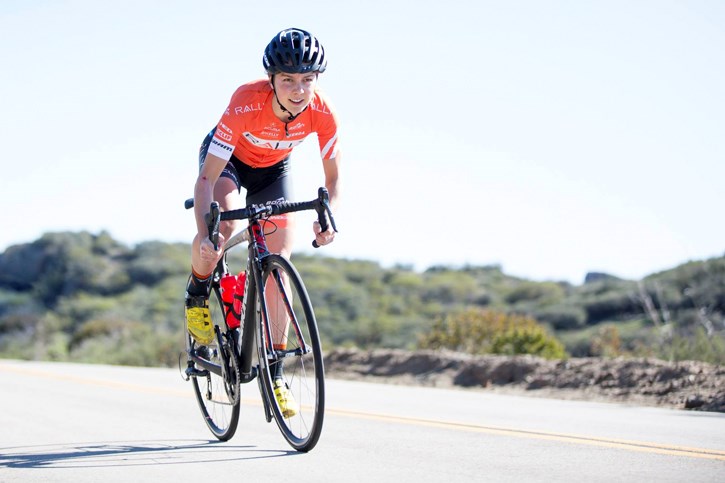 Cannore's Sara Poidevin was named to Canada's next cycling team headed to the summer Olympics in 2021. SUBMITTED PHOTO

CANMORE – Another day, and another Canmore local has broken onto an Olympic roster.

The 24-year-old cyclist is the youngest on the road racing squad, but despite being named to the Olympic team, she will not travel with them to Tokyo in 2021.

“Basically as a non-traveling alternate, I am the second reserve rider to our athletes that were selected to go to the Games. If something were to happen to my teammates that meant they couldn’t race, then I would be ready to fill their spot,” said Poidevin.

“It’s an honour to be named on the team, it’s a short list with some very talented cyclists.”

Poidevin’s teammates include current Canadian champions Leah Kirchmann who is ranked 11th in the world, and Karol-Ann Canuel, who is better known for her time trial expertise, winning medals in several individual and team time trial races in recent years and finishing fourth at the 2014 World Championships.

With that sort of pedigree in the team, Poidevin said it is motivating for her future career and she hopes to build off the momentum.

“The Olympics are a funny thing. It is such a huge event, but only every four years and there are so many other objectives and things to focus on each racing season. The Games are a great goal to work towards and they do provide a little extra inspiration – getting to this step is important and I think it will push me even more.”

She added that she can use this experience to learn from her teammates, particularly their dedication and experience in the sport from competing for years on the world stage.

Despite a global pandemic, Poidevin said she has continued to train from home at a consistent level and can be seen cycling throughout the Bow Valley in her bright orange jersey.

“I’ve really been able to benefit from some steady trading blocs and hopefully can continue that for the rest of the year. As for next year, even though it is an Olympic year, my focus will be on my goals and getting some positive results in the racing season.”