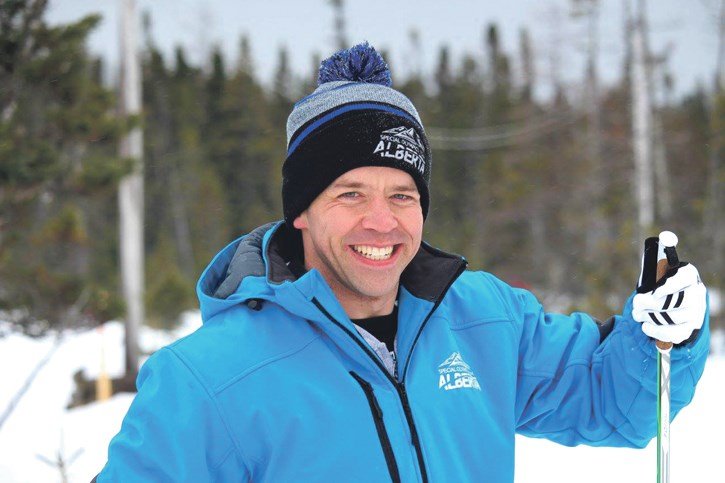 CANMORE – Star of the Nordic ski trails Shane Stewart has won the Special Olympics Alberta’s 2020 male athlete of the year.

The cross-country skier from Canmore found out Oct. 6 that he was selected by his peers to take home the provincial honours. The award will be made official during a virtual ceremony on Nov. 19.

“I taped him [being told he won]; he was very excited and shocked they gave it to him,” said Gayle Buckle, Stewart’s mother.

“I thought he definitely deserved it. He made every world games and he’s won gold and medalled at every event. And he’s got a really good attitude, positive, he’s always happy, and he really roots on his peers – even on the opposite country, he’ll root them on.”

Last February, Stewart, 36, was a medal-winning machine at the 2020 Special Olympics Canada Winter Games in Thunder Bay, Ont., for the talented skier's big event of 2020.

He won bronze medals in the 1.5-kilometre classic, 7.5-km classic, 10-km classic, and silver in the team relay.

This particular medal-haul just scratches the surface of Stewart's mounds of gold-mining accomplishments. The dedicated athlete has been stockpiling hardware for over 15 years with big time performances and gold medal outings at the Special Olympics World Winter Games and Special Olympics Canada Winter Games, to name of few prestige events.

But before commanding the snowy trails as one of the world's best, Buckle recalls Stewart’s first race back in 2004 when her son was learning the ropes of competition and was maybe being a little too Canadian during the race.

“Just his attitude is so amazing, so much so that he ended up lapping the people, but he didn’t want to pass them because he didn’t think it was polite, so he stayed behind. He knows now not to do that, but that was his very first,” Buckle said with a laugh.

After most of the sporting world shut down in March due to COVID-19, Stewart’s season ended as well, but he's stayed active and prepared with conditioning and high-performance coach John Reeves. The pair have worked together for about a decade and Reeves said his pupil is well deserving of the award and called Stewart a "role model and leader" for the Special Olympics group.

"Shane has demonstrated personal growth in his attitude towards training for ski races, and in his personal life," said Reeves in a reference letter to Special Olympics Canada that was shared with the Outlook. "Shane is always motivated to get better in his cross-country skiing and his training. When it is time for a training session or a ski session, he always puts his full effort into it.  Shane never has excuses he just works hard every time."