Every four years, the Bow Valley sends a boatload of Olympians to the Winter Olympics. Now, we’re taking over the airwaves, too.
Oct 26, 2017 12:00 AM By: Rocky Mountain Outlook 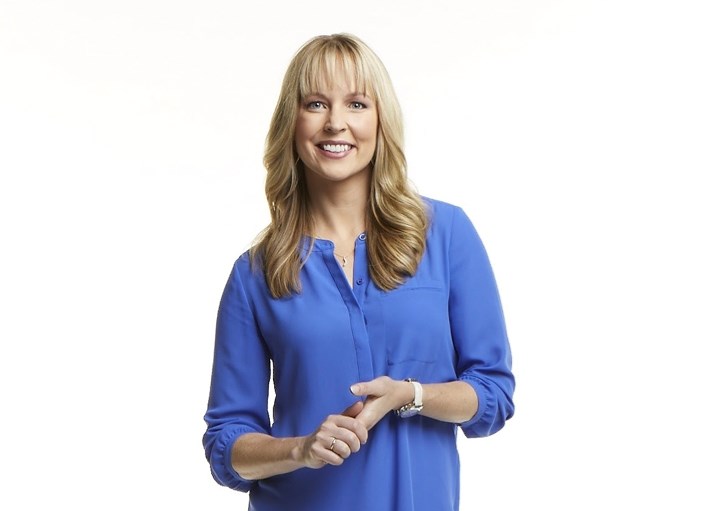 Kelly Vanderbeek was tapped as one of CBC’s winter olympic hosts for the 2018 Games in Pyeongchang, South Korea.

Every four years, the Bow Valley sends a boatload of Olympians to the Winter Olympics. Now, we’re taking over the airwaves, too.

Former alpine racer and broadcaster Kelly Vanderbeek was tapped to join CBC’s Olympic coverage, where she will host a four-hour block with snowboarder Craig McMorris every night, Feb. 8-26, for live coverage of the nation’s best athletes.

While she’s following in the footsteps of the likes of Brian Williams and Ron MacLean, Vanderbeek is putting her own spin on the gig.

“It’s such an honour. You never know as an athlete where the broadcast road will take you,” Vanderbeek said.

The talented television host literally fell into her first gig, when a crash cost her a shot at an Olympic medal.

“I blew up my knee two months before the 2010 Winter Olympics and I was ranked top five in the world at the time. It was a full dislocation. Everything was gone,” Vanderbeek said.

“I was asked by John Furling if I would carry the torch, and was also asked if I would work with the broadcast team. They asked me to hang out, they might use me, but they weren’t sure.”

Originally hesitant (“I just wanted to party,” she joked) Vanderbeek did work with the broadcaster, and was on air a lot – more than two hours of face time. From torchbearer to TV host, it was all trial by fire.

“My first time on air was right before the opening ceremonies, which has one of the biggest audiences of the games. Michael Lansberg looked in my direction and said ‘If you talk longer than 10 seconds, I’m cutting you off.’ It was one of the best lessons, and Michael and I really got along – we really got each other.”

She was well received, and kept getting called back for more work. Producer Rick Chisholm took a chance on Vanderbeek, and hired her to put together features on athlete mothers for the London Olympics, which worked very well.

“I was quite lucky a lot of people believed in me. People kept calling me back,” Vanderbeek said.

She eventually moved to Canmore with her husband David Ford, and kept pushing herself in broadcasting. The lessons she learned as an athlete served her well in journalism.

“Experience is the best teacher. Watching those who do it well, and accepting feedback is how you improve. Doing more and more prep work is important for the Olympics,” Vanderbeek said.

As for PyeongChang, she’s already scouted the venue and made two discoveries key to most athletes and journalists: “They had great coffee and the fastest internet. It’s ridiculously good everywhere,” Vanderbeek said.

She and McMorris will broadcast in prime time in South Korea, which means 11 p.m. to 3 a.m. in Alberta. She will also produce a podcast throughout the games.

“We will have a very different approach to our show. Our overnight broadcast will be out of the box. It will be outdoors, on an outdoor stage, with a live feed. We will have athletes on set and a lot of guests. We’ll have some fun, and get to know them in a fun and comical way,” Vanderbeek said. “We are on in the middle of the night. CBC is letting us try some new things. I was pretty surprised when they let us keep the line ‘come sleep with us’ in our promo.”