The Canmore Eagles prepare to face the league leading Crusaders after losing a pair of games at the AJHL Showcase
0
Oct 4, 2019 11:00 AM By: Evan Buhler 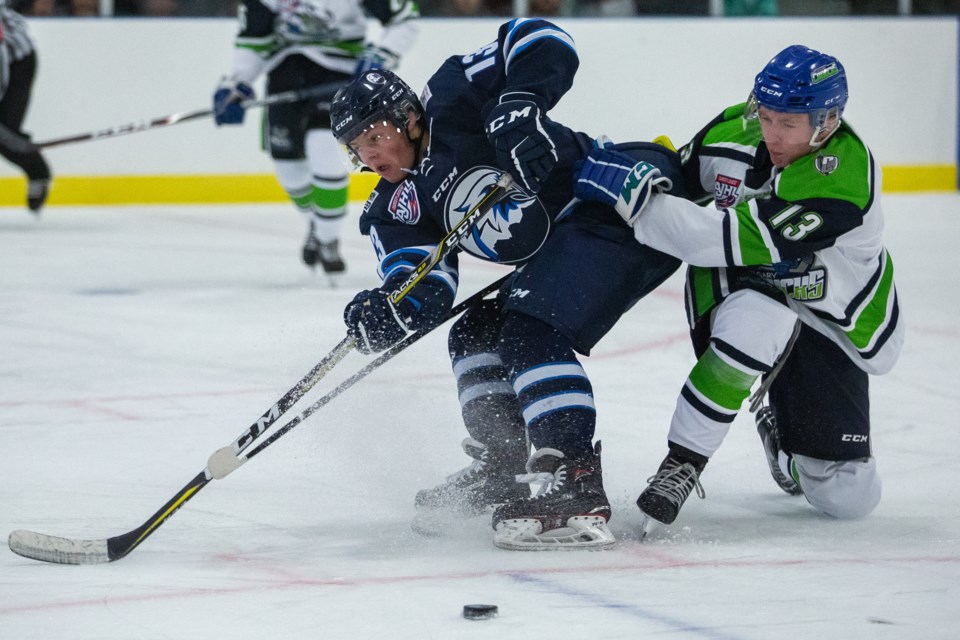 CAMROSE – The Canmore Eagles will look to hit the rest button after a pair of loses at the AJHL Showcase in Camrose, Alta. last weekend.

"It was a poor weekend. We were admittedly flat and the guys will be the first to admit that," said Eagles head coach and general manager Andrew Milne.

On Friday evening, the Eagles dropped a 6-3 contest to the Grand Prairie Storm. The Eagles grabbed the lead in the first period, thanks to Michael Spafford's first goal of the season.

In the second period, the Storm scored a flurry of five goals in a little over four minutes to take a commanding 5-1 lead, forcing Milne to pull starter goalie Logan Dyck from the net. The Eagles came close to evening out the score before the end of the middle frame, thanks to goals from Dylan Witzke and Connor Lyons.

However, the Storm added an empty netter in the third to put the game to bed.

With the first game of the Showcase out of the way, the Eagles could turn their attention towards their matchup against Drayton Valley Thunder.

"We felt good going into Saturday's game. The loss to Grand Prairie was behind us," said Milne.

In the first half of the second period, the Eagles surrendered their lead when the Thunder scored four unanswered goals. For the Eagles, Lyons scored his second of the weekend to draw level with Drayton Valley before the end of the middle frame. The Storm went on to score a pair in the third to take the game 6-4.

The Eagles were out scored 9-3 in the second periods at the Showcase.

"Logan (Dyck) was not happy with the way he played, he knows he has to be better and he can be," said Milne of his starting goaltender.

Canmore will now turn their attention to Friday (Oct.4) evening at the Banff Fenlands, when they face off against the high-flying Sherwood Park Crusaders, who have rattled off seven straight wins to start their campaign.

"They are arguably the best team in the league right now with a high powered offence," Milne said.

The Crusaders offence is the best in the league after one month of play, scoring 38 times. Shutting down the league's player of the month, Carter Savoie, will be a tall task for the Eagles.

"We will have to do a better job at managing the puck in our end and limit their offensive chances," Milne said.

The Eagles will look to get revenge against the Storm when the host them on Sunday (Oct. 6) at the Banff Fenlands at 2:30 p.m.