Canmore’s Moya Kelly and Bryan Bell were top of their class at the Steedz Enduro last weekend
0
Jul 11, 2019 7:00 AM By: Jordan Small 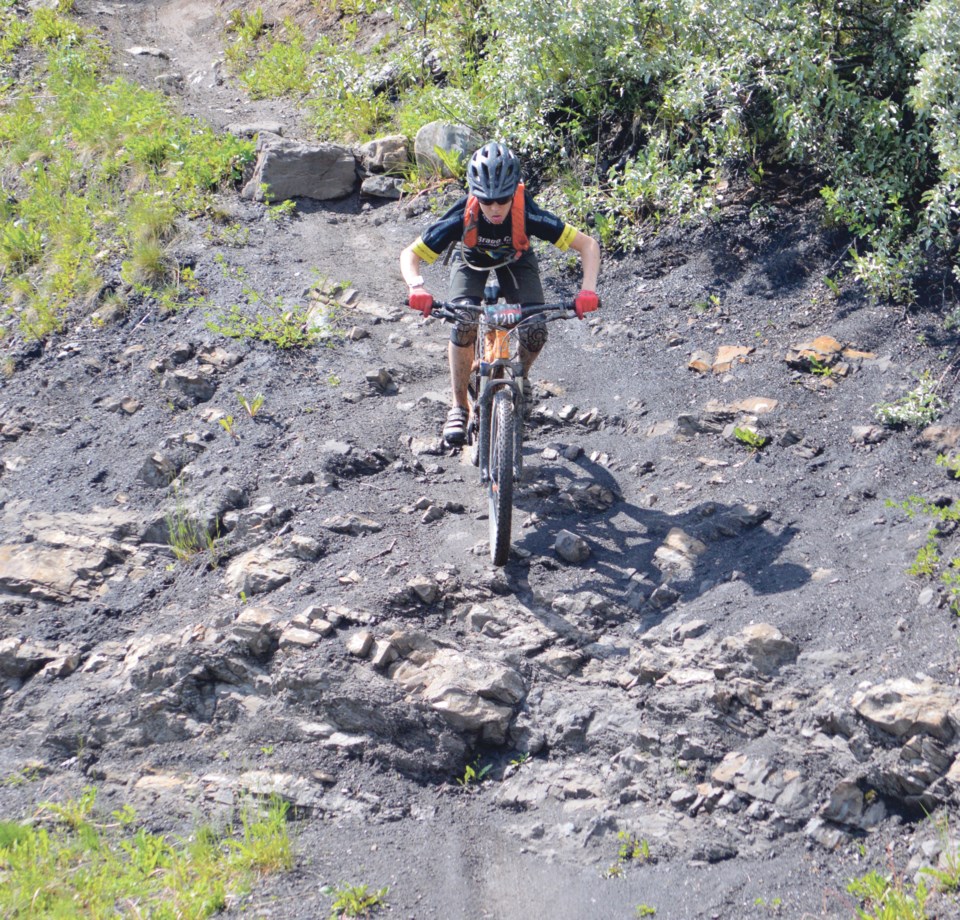 A racer rushes down the Eyedropper at the Canmore Nordic Centre during the Steedz Enduro race on Sunday (July 7). Jordan Small RMO Photo

CANMORE – Canmore’s Moya Kelly and Bryan Bell were top of their class at the Steedz Enduro downhill mountain bike racing at the Canmore Nordic Centre on Sunday (July 7).

Kelly, who won last year’s open women’s race as well, said after seven days of rain in the Bow Valley prior to the race, her strategy was not to bail on the courses.

“The course was really muddy and there were lots of luge tracks and slippery roots,” Kelly said. “I’ve done a few enduros, so I’m a little more experienced and that probably helped too.”

Enduro races only time the riders through several downhill sections of the course. Uphill sections aren’t timed, so riders must check in and out of each section.
The Canmore Nordic Centre course included many local favourite routes, such as EKG, Odyssey, Long Road to Ruin, and Soft Yoghurt.

For Bell, it was his first time competing in the Canmore enduro after a series of unfortunate events held him back from previous events.

“I wasn’t ever able to show up because I was injured, or at work,” he said.

He noted that his strategy was to “just survive” flying down the hill in the mucky conditions.

Due to a timing malfunction, full event results have not been posted. In a Facebook post, Steedz Enduro Mountain Bike Team stated a post race glitch erased all the timing.

“Nobody knows exactly how or why it happened, that’s technology for you,” the post stated. “The silver lining is the CES guys will be back in Canmore next week and there is hope we can retrieve all the times off of the blue transponders so stay tuned for an update next week.”