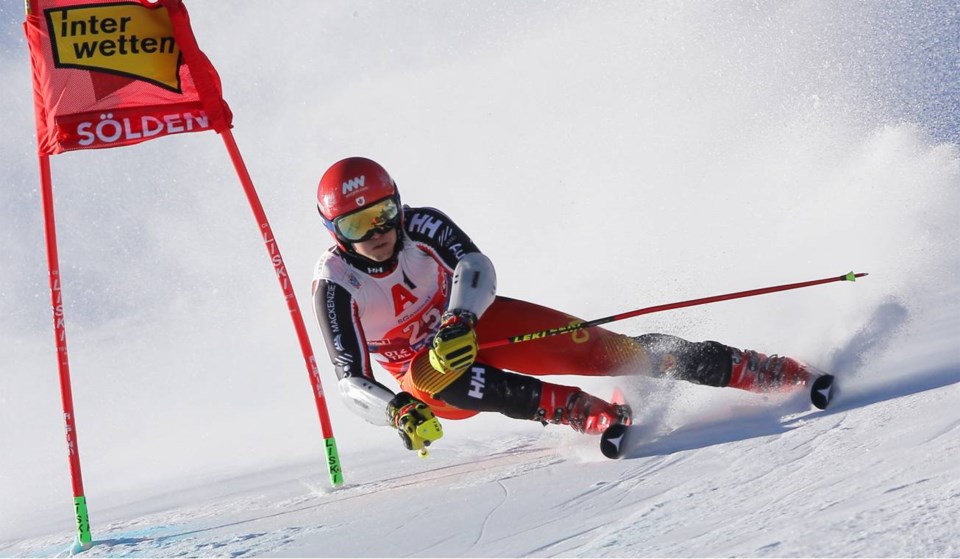 AUSTRIA – Erik Read feels like he can contend with the big dogs – finally.

The Canmore native and Olympic-level technical skier finished seventh in giant slalom (GS), a career best, on Sunday (Oct. 27) in Sölden, Austria to start the FIS Alpine Ski World Cup season, where he was right on the heels of winner Alexis Pinturault’s time, finishing 1.29 seconds behind the Frenchman.

“That was the first time I really felt in the mix with these top guys,” Read said. “It really helped with thinking the podium is feasible for the first time in my career.”

With his parents and fellow Banff Alpine Racer teammates watching on at Rettenbach Glacier Stadium in Austria, it added to Read’s “awesome moment and experience” of making noise on the big stage.

Trevor Philp, also from Banff Alpine Racers, finished 26th in the race, his best results in a season opener.

For 28-year-old Read, his aspirations are to crack the top 15 rankings in GS and slalom by the end of the world cup season. Even though there isn’t a world championship or Olympics this season, he wants to “regroup” and build on his successes going forward.

The first big move he made in the offseason that’s already proving to be a subtle but noticeable, was switching his race equipment to the Atomic brand.

“The best in the world [use it] and are consistently up there … It piqued my interest,” he said.

On the physical and mental side, Read’s been able to commit more time to the sport and everything in between.

“The last four years I was down at the University of Denver and this is the first year since I graduated in 2018 that I … built on full a summer and fall and addressed a lot of goals physically,” Read said. “I was confident going into [Sunday’s race] and had my best physical testing right before this trip.”

Read thinks he caught some of the top racers off guard with his strong performance, especially following his first run down the technical course, where he went from ranked being ranked 25th to fifth place.

“To get that validation, I haven’t had a run like that in the past,” he said. “It spoke volumes with everything I’m doing and to keep building.”

Read and Philp have a few weeks off before going back overseas to Levi, Finland at the end of November for the next world cup races and are getting in needed rest and recovery.

“The one thing is having a proper recovery now that I’m starting to get on the older side of being an athlete,” Read said. “I’ll be home for two weeks and I’ll just chill and relax and start to get back in the gym a little. You’re not going to make any big changes.”

On Nov. 6-7, Read and Philp travel to Toronto and Montreal to kick off Alpine Canada's 100th anniversary celebrations at fundraising galas alongside Canada's alpine, para-alpine and ski-cross athletes.