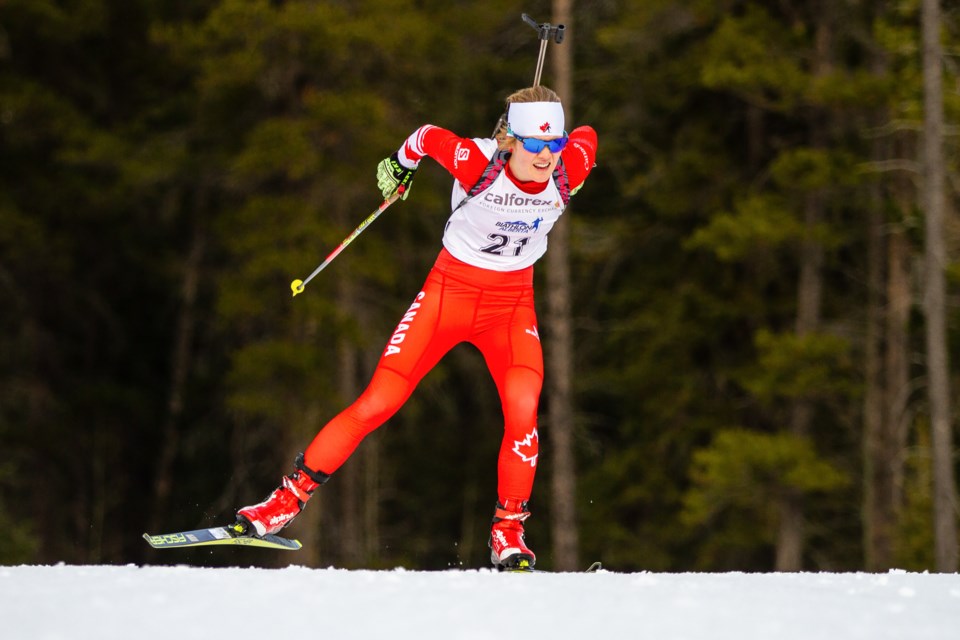 SLOVENIA – Racing a "fast and aggressive" relay against the world's best, Canadian duo Emma Lunder and Christian Gow finished eighth in single mixed relay at the toughest event of the year.

“It was a little unfortunate," said Biathlon Canada’s head coach, Justin Wadsworth. "They had a little bit of a gap, so part of the race they skied alone, which is always tough in short, fast relay like that. But that said, when they were with the world’s best, they were skiing at the same speed and doing really well, so overall I think it was good, good effort by both of them.”

The relay was undoubtedly circled on the calendar of Canada’s top male and female biathlete duo, which was thought to be one of the nation’s best shots at contending for a medal.

Earlier this season, Lunder and Gow finished sixth in single mixed relay on the world cup circuit in Oberhof, Germany.

Thursday's single mixed relay was only the third time it's been featured in a world championship.

It includes two racing portions for each biathlete, which saw Gow starting things off for Canada.

The precision shooting of the 27-year-old got Canada into third place at one point before tagging off to Lunder in sixth. After Lunder’s third stop on the range, Canada sat 10th and 29 seconds back from the leader.

She tagged Gow in eighth for his final leg. Gow, who has improved his sharpshooting this season, picked off all the targets in his last leg and handed it off to Lunder in seventh for the final stretch.

Lunder maintained seventh for most of her leg, but Germany’s Franziska Preuss slightly pushed away from the Canadian, finishing the race in seventh and only 3.2 seconds ahead of Canada.

“Today’s race was definitely a solid effort by Christian and Emma,” said Wadsworth.

"[We’ve] beaten a lot of good solid teams ... and I think we can still get stronger, but the athletes in the events have done a good job," Wadsworth said.