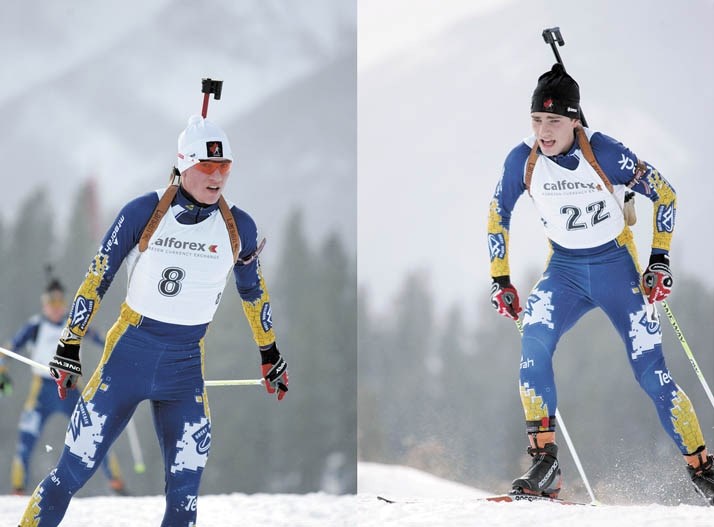 Scott and Christian Gow again topped their respected categories at the Calforex North American Cup in Canmore this weekend, taking the men’s and junior men’s category.

“I tried to stay relaxed. I was lucky to start behind Clegg and keep pace with him - he’s going really fast,” Scott Gow said.

Slow snow kept the times high, and required greater emphasis on staying out of the penalty lap. Gow was able to do that well, shooting eight for 10 on Saturday.

He’s worked with a new coach to improve his shooting this year, and the results are good.

While he’s targeting the world juniors in the Czech Republic this year, Gow wants to be on the men’s IBU cup circuit next year, and position himself for a move to the world cup team. It’s a move that is extremely difficult, he realizes.

“Brenden Green, Scott Perras and J.P Le Guellec have the top three spots, so there’s only room for one other guy and it’s really competitive.”

Someone Gow can look to for advice about the world cup circuit is Robin Clegg.

Clegg again showed up at a Canmore NorAm as a 33-year-old ‘old timer’ and managed to stay ahead of most of the field. Clegg only competes for fun, and to test his legs against athletes more than 10 years younger.

“I miss the feeling of my lungs coming up my throat,” Clegg said. “But I had fun out there, training half as much is alright.”

Clegg missed four targets, but was still able to finish second. Gow’s sharp shooting proved to be the difference in the slow snow.