According to her parents, Valerie Grenier decided to become a world-class skier before she was two years old. It’s a common dream for those growing up in Mont Tremblant, Que., but 18 years later, it’s her reality.
0
Dec 1, 2016 12:00 AM By: Rocky Mountain Outlook 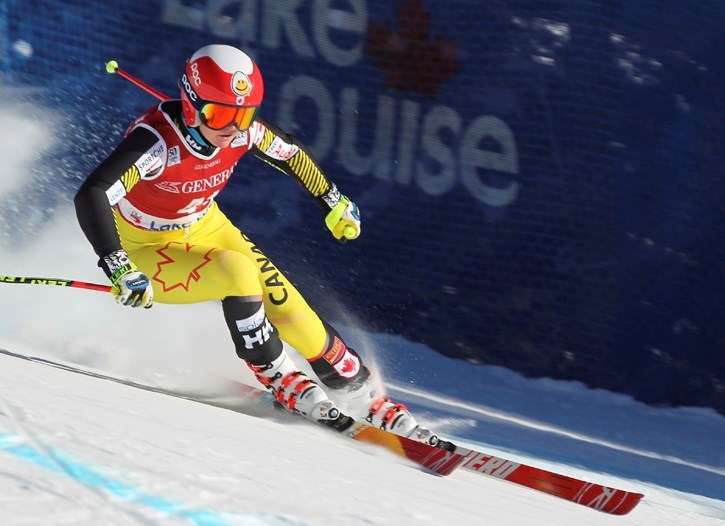 According to her parents, Valerie Grenier decided to become a world-class skier before she was two years old. It’s a common dream for those growing up in Mont Tremblant, Que., but 18 years later, it’s her reality.

“I started skiing when I was one and a half. My parents decided to let me try and use my brother’s skis. Apparently I loved it right away. At the end of the day, when they took my skis off, I started crying. Then the more I did it, the more I loved it,” Grenier said.

The early career choice proved to be a wise one, as the 20-year-old cracked the world cup top-30 last weekend in Colorado, and will lead the young Canadian team in Lake Louise, Dec. 3-5. This will be her third start in Lake Louise.

“I’m really excited to race in Lake Louise again. It’s great to be there and represent my country,” Grenier said. “I will have an actual team with me, so there’s less pressure.”

Grenier finished 24th in the giant slalom, and 29th in the slalom in Killington to gain some much-needed momentum for the world cup season. A gold medal in the downhill at last year’s world junior championship gave her career a boost, proving she possesses elite talent.

Grenier finished 16th last year last year in Lake Louise in the super-G, and said confidence is the key to her skiing. She’d like nothing more than to score her first world cup downhill points on home soil.

“You’ve got to be really confident and ski well at Lake Louise. It’s a nice hill, and not too scary, so I’ll have an opportunity to do well,” Grenier said. “I was so happy with my races in Killington. My goal was a top-30 and it was really a boost to my confidence. I can race against the top skiers and I want to stay in that group.”

Her personal best on the world cup came in 2015, when she took 13th place in St. Moritz, Switzerland, and she’s happy to balance technical and speed skiing on the circuit. It means she gets to spend more time with her best friends: her teammates.

“I like having my teammates around. We always have a lot of fun together. We were all on the development team together for two years, and now we can train with Erin Mielzynski and Marie-Michelle Gagnon, which is good to push yourself.”

Toronto’s Candace Crawford, Mikaela Tommy of Wakefield, Que. and world cup rookie Stefanie Fleckenstein of Whistler will round out a very young Canadian contingent. All four are under 23, and want to bring back the once mighty Canadian women’s ski program.

Grenier is happy to share the ride with her teammates, and would love nothing more than for the young foursome to ride a wave of success all the way to the 2018 Winter Olympics.

“I always have the Olympics in the back of my mind. I hope my results keep getting better and better. I’m not sure if a medal is possible in the next Olympics, but for sure the one after that is where I want to be competitive,” Grenier said.

Grenier won’t have to worry about racing against perennial favourite Lindsay Vonn, who is out of action with a broken arm. However, American Mikaela Shiffrin, widely considered Vonn’s heir apparent on the U.S. Ski team, is coming off a pair of wins in Colorado and will be tough to beat in Lake Louise.

The Lake Louise Ladies World Cup begins Friday (Dec. 2) at 12:30 p.m. with the first women’s downhill race. They race again Saturday at 12:30 p.m., and begin the super-G Sunday at 11 a.m. CBC will live stream all races at CBCsports.ca