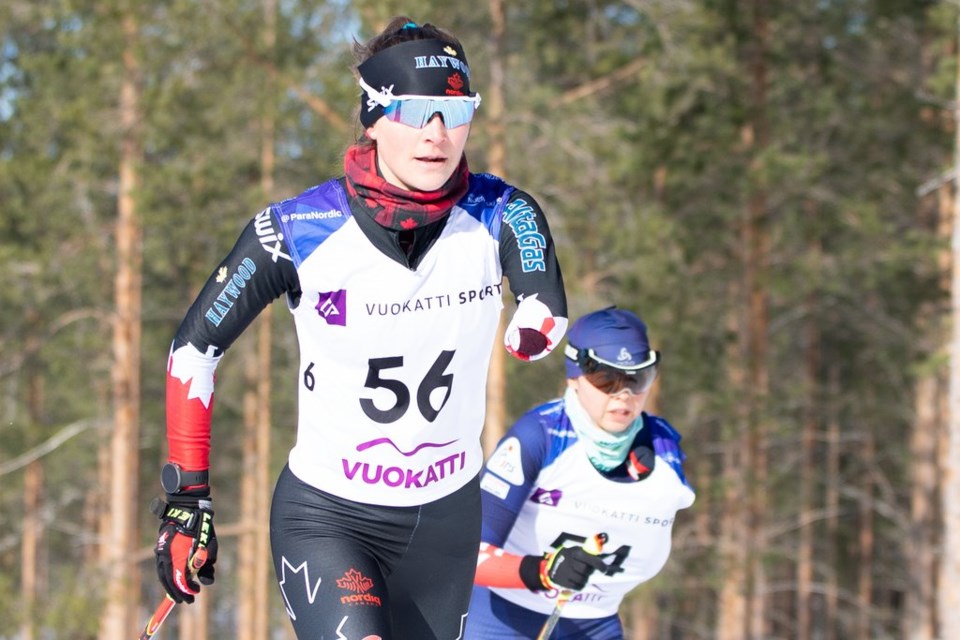 FINLAND – Brittany Hudak is on track to fight for podiums at the Beijing 2022 Winter Paralympic Games.

After the entire season was up in the air, the 27-year-old didn't let her one shot go to waste, winning a pair of bronze medals at the Para Nordic World Cup in Vuokatti, Finland, this week.

“With this being my first international race of the season, I was beyond excited and grateful to get to put a race bib on again," said Hudak. "Going a full year without international races really solidified how much I love racing and travelling with the team.”

The world cup medals were Hudak's first for cross-country in five years.

It started last Friday (March 19), when Hudak put on her game face for the first time in a year since the COVID-19 pandemic cancelled international races.

She was hungry and it showed on the Finnish trials, as the Prince Albert, Sask. native stormed to her first bronze in the women's middle-distance classic.

Training in high-altitude in Canmore, Hudak showed off the gains of her extended training season and pulled away from the field during the last lap.

"I’ve felt satisfied with a good year of training, so I was eager to see where my fitness was at amongst my competitors,” said Hudak.

“I had great energy throughout the race and wanted to sustain my pace. Every time I got splits on how close I was to a podium, I just felt more energized. The tracks weren’t super-fast, but the techs did a great job on the skis.”

Hudak followed up with a fifth place in Monday's 15-kilometre skate-ski. Just missing the podium, the 2018 Paralympian was saving some magic for her final race on Tuesday (March 23).

Again, Hudak took the fight to the field and flew to another bronze in the five-kilometre classic-ski standing race at a time of 14:24.7.

“I knew going into the race that I needed to start hard and maintain a fast pace with it being only five kilometres,” said Hudak. “I felt really good throughout the race and was happy my body had some pep for a fight for a podium.”

Three years ago, Hudak won a biathlon bronze at the 2018 PyeongChang Winter Paralympic Games. With the offseason beginning ahead of Beijing, Hudak will join a strong contingent of Canadian athletes headed to the Games, which includes Brian McKeever and Mark Arendz.