Hudec back from surgery as Lake Louise world cup approaches

The Lake Louise Audi FIS World Cup will return after a year hiatus due to a lack of snow, however, it’s still unclear if hometown hero Jan Hudec will be on the start line.
Nov 16, 2017 12:00 AM By: Rocky Mountain Outlook 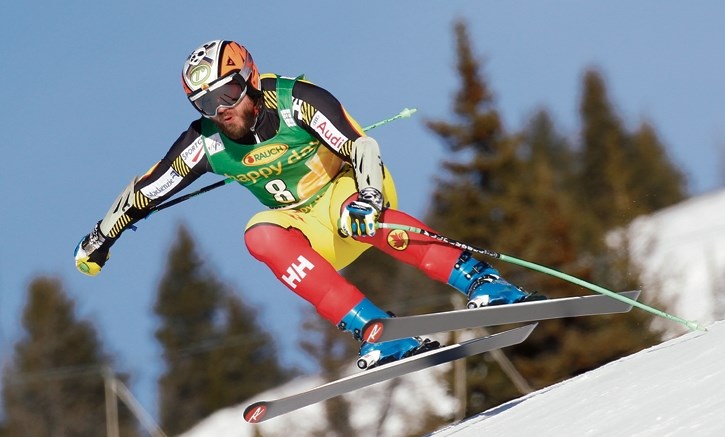 The Lake Louise Audi FIS World Cup will return after a year hiatus due to a lack of snow, however, it’s still unclear if hometown hero Jan Hudec will be on the start line.

Hudec returned to snow last week after an off-season that included two more surgeries – a knee scope in June and shoulder surgery in October. Both injuries were the result of a crash in May.

“The road to PyeongChang 2018 is definitely not going to be easy … but in the last month I’ve been blessed to find one major and one semi-major sponsor, support from key businesses and incredible people, and some possible major equipment changes” Hudec wrote. “Things are almost starting to look possible.”

If Hudec, 36, manages to stay healthy and reach the Lake Louise start line, it will kick off his push for a third winter Olympics appearance.

There is also a chance Hudec will race the NorAm in Lake Louise in December if he’s unable to start the world cup.

Hudec won bronze in the super-G at the 2014 Winter Olympics in Sochi, and has five world cup medals over his career, along with one world championship medal. Through his embattled career, Hudec has come back from an astonishing 12 surgeries, which have wreaked havoc with his back and knees.

Hudec is once again racing for the Czech Republic after a falling out with Alpine Canada last year. The Olympic medalist was told he would have to pay an estimated $35,000 to stay on the team. Hudec was born in the Czech Republic, but his family fled to Canada when he was a baby. The family eventually moved to Banff, where Hudec trained with the Banff Alpine Racers and developed into one of the best skiers in the world.

Despite the Czech flag on his speed suit, Hudec will be the lone local speed racer in Lake Louise on Nov. 25-26. Erik Guay, who is coming off his best world cup season in years, will lead the Canadians. The home nation has won 12 podium spots since 2003 at the world cup season opener.

FIS gave the race the green light for the race on Monday (Nov. 13), which came as a relief to organizers. The race has been a mainstay on the world cup circuit since 1980, and is the best chance for Canadians to see their ski stars up close.