https://www.youtube.com/watch?v=QVBETz7hPJI CANMORE – Canadian biathlon star Rosanna Crawford is retiring from the sport and has expressed concern about the sport’s future in the Great White North.
Mar 21, 2019 6:16 AM By: Jordan Small 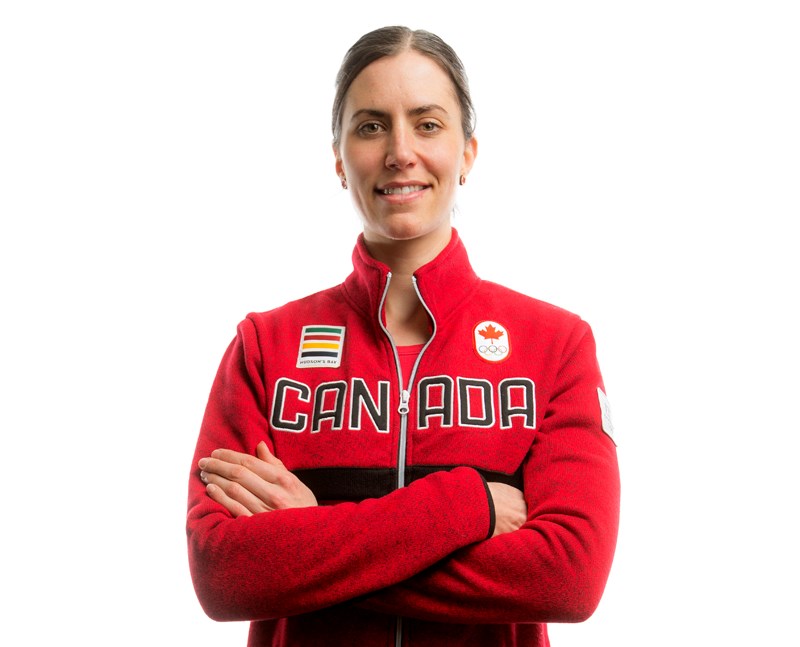 CANMORE – Canadian biathlon star Rosanna Crawford is retiring from the sport and has expressed concern about the sport’s future in the Great White North.

Canmore’s Crawford, 30, a three-time Olympian and veteran of 200 world cup races, officially announced she’s “ready to start the next chapter of my life” after finishing the women’s relay race at the IBU World Championships Biathlon on Saturday (March 16) in Oestersund, Sweden.

“I went into the season knowing it was going to be my last one … after everything went really wrong this summer, my results weren’t what I was hoping they’d be, so it was almost easy to retire,” Crawford said with a laugh.

In the offseason, Crawford lost 50 days of training due to injuries, personal obligations, and then being afflicted with Giardiasis, also known as beaver fever.

“In 14 days, I lost six kilos (13 pounds), which is a lot of weight to be losing in two weeks, lots of muscle,” she said. “It’s hard to compete with the best when you’re not training at you best.”

In her decade long career, Crawford is only the third Canadian biathlete to have ever won a solo world cup medal, winning bronze in the 15-kilometre race in Ruhpolding, Germany in 2018.

She said winning the bronze was her career highlight.

Crawford won a silver medal in the single mixed relay with Nathan Smith in 2015 in Oestersund, the same Swedish city she retired in.

At the 2018 PyeongChang Olympics, she scored her best solo result with a 19th place in the 10-km pursuit.

“We don’t choose biathlon because we want to be famous and we want to make money, we choose it because we truly love the sport and we love the competition,” Crawford said. “But we know in Canada, that’s a quite bit harder with funding and coaching support – it’s not the same level as it is in Europe.”

A team leader, Crawford advocated for changes in the funding format for Biathlon Canada.

She’s “hopeful” for the future of Biathlon Canada, but is uncertain the organization “has the ability” to take athletes to the next level.

For the 2018-19 season, Biathlon Canada received $240,000 for its athletes of the near $21.4 million for Olympic sports from Own The Podium, a not-for-profit organization that prioritizes and determines investment strategies for national sport organizations.

“I feel like Biathlon Canada is in a bit of tricky spot right now, so I’m hopeful for the future of Biathlon Canada, and I believe the athletes have the talent and the drive to make it to the next level, but I’m not sure

Biathlon Canada has the ability to take them there,” she said. “I’m hopeful that maybe the community can step up and help Biathlon Canada over the next few year as we head towards Beijing.”

"Funding is decently for what we have and it's enough funding to support the national team," he said.

On the competitive and personal side of things, Crawford’s past few seasons had seen ups and downs, said Ahrens. "Most of the money is used for the travel budget to go overseas."

“Rosanna has had many hardships in her career with sickness, injuries and the tragic loss of her brother [Jordan] and I believe the love of the sport of biathlon has helped her through those difficult times,” wrote Ahrens, in an email to the Outlook. “I think she will be remembered for her professionalism and perseverance in a complex sport like biathlon where not just the physical, but also the mental aspects are of utmost importance for skiing and shooting.”

It wasn’t a secret this season was her last run on the world cup circuit, which had the Canmore World Cup on the stop-list. In 2016, Jordan volunteered at the world cup races when it came to Canmore.

“I really felt Jordan when I was in the 2019 Canmore World Cup,” she said. “He was there at the 2016 one, helping laying cables and camera crew stuff, so seeing all those guys out there in the orange vests running around, I really felt him there. He’s always with me, he’s someone I think about a lot and I miss him very much and I wish he was here to celebrate with us.”

She and her fiancée, Olympic biathlete Brendan Green, who retired in February, will be getting married in August.

Post-retirement, Crawford said she needs to “learn to learn again,” and her first step is applying to an online dog-training academy.

Crawford was born and raised in Canmore and through thick and thin is a familiar face around town. She’s always appreciated the support around the community, or just receiving congratulations and high fives at the grocery store.

“That always made you feel really special,” she said.