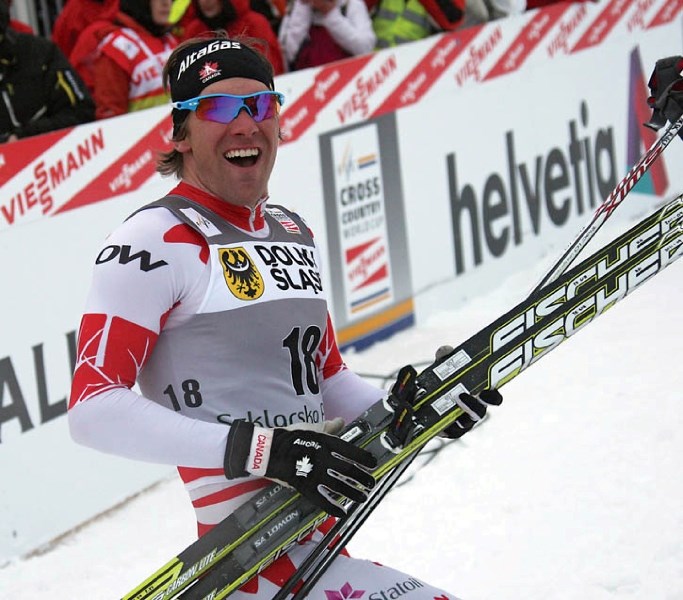 Right now, cross-country skier Devon Kershaw is on his game.

“This has been the best season of my life,” Kershaw said. “I’m not overanalyzing my performance like I usually do. I hold myself to a high level.”

The win was certainly the most dramatic of Kershaw’s season. He battled it out in fourth and fifth place for much of the Friday race as Russian Nikolay Morilov burst out to a big lead. However, with 50 metres to go, Kershaw moved to the outside and found his top gear, blowing past his competitors. The Russian didn’t see Kershaw’s late push and raised his arm in victory as he coasted five metres from the finish line.

This was a mistake.

Kershaw charged to the finish line in unrelenting fashion, stabbing his right ski past Morilov in the final metre. The photo finish proved the Canadian had indeed won his second gold of the season.

“I knew no matter what, I wasn’t out of it until the finish. The Russian decided to celebrate early and I didn’t give up,” Kershaw said.

Even while cruising in fifth place, Kershaw knew victory was within reach with a perfectly timed attack.

“I knew from the quarter final if I bide my time and attack on the finishing stretch I’ll be fine. My body was reacting the way I wanted it to and I took that confidence into the finals,” Kershaw said.

Since finishing fourth in the Tour de Ski, Kershaw’s been on an incredible tear – unequalled in Canadian ski history.

“It’s been an interesting seven weeks. I’m in a place where I’m so focused on the process. I’m well trained, recovering the way I expected. Everything is dialed in,” Kershaw said.

Other Canadian finishers included Alex Harvey (27th), Phil Widmer (35th) and Len Valjas (43rd). Widmer joined the team for the sprint after a successful performance on the European Cup circuit. Kevin Sandau will join the team for the next World Cup race.

Kershaw is sitting in third spot in the overall FIS rankings with eight World Cup races to go, including a four-race mini-tour to end the season.

“Second is a bit out of reach. There are so many points left on the table. My goal was to be top six this season, so I’d like to hold my position. That would be a dream, but I can’t control my competitors.”

He did slow down on Saturday in the 15 km classic race, finishing 26th, however, teammate Alex Harvey picked up the slack, finishing 15th, while Valjas was 39th.

The team moves to Italy for a week of altitude training before travelling to Finland for the next series of races.