There was a moment on Saturday morning (Dec. 2) when organizers of the Audi FIS Ski World Cup downhill women’s races at the Lake Louise ski hill weren’t sure their event was actually going to take place. At about 10 a.m.
0
Dec 2, 2017 12:00 AM By: Rocky Mountain Outlook 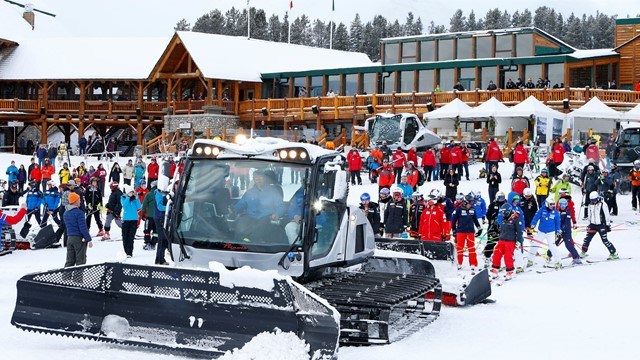 A Prinoth snow-groomer prepares to tow racers and officials with the 2017 Audi FIS Ski World Cup to the start of the race course at Lake Louise ski hill after a power outage on Saturday (Dec. 2).