Kiah Lucero CANMORE – Locals Erik Read and Jeffrey Read, as well as Trevor Philp of the Banff Alpine Racers have been nominated to the 2019-20 Canadian Alpine Ski Team.
0
Jun 27, 2019 12:00 AM By: Kiah Lucero 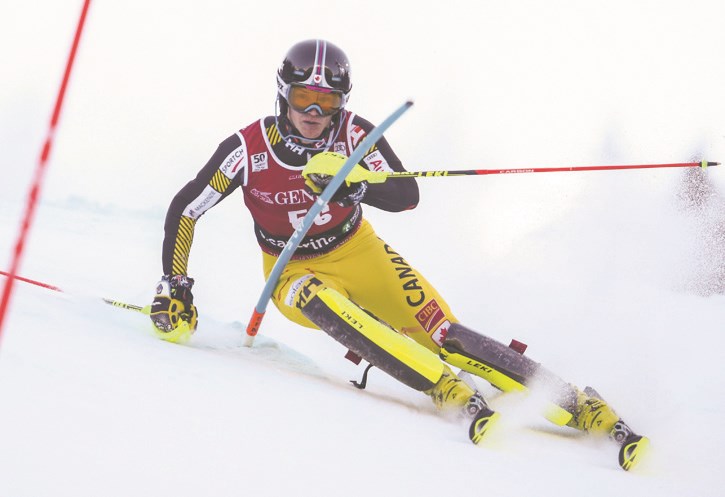 CANMORE – Locals Erik Read and Jeffrey Read, as well as Trevor Philp of the Banff Alpine Racers have been nominated to the 2019-20 Canadian Alpine Ski Team.

Being nominated for the 2019-20 Canadian Ski Cross team were locals Zach Belczyk and Kris Mahler.

With 2020 marking Canada’s 100th anniversary in the sport, this upcoming season will be full of excitement.

Along with the three Banff Alpine Racers, another 55 athletes have been nominated to the Alpine Canada national alpine, para-alpine and ski cross teams.

From a family of skiers, both Reads have made a name for themselves in the skiing community. Jeffrey competed with the speed team in downhill and super-G at the world cup this year, while Erik is a returning athlete for the World Cup Technical Team in slalom and giant slalom.

For Jeffrey, this is his third year nominated for the Alpine Canada ski team and fifth year in total with the development team.

“I’m trying to make the jump from the Nor-Am Cup level to the world cup level. So that’s going to be a battle and I’m just really excited to be on the team with the other fantastic athletes on the list,” said Jeffrey.

To accomplish this, Jeffrey has been training five days a week during the summer before the winter season begins.

“We’re working on all aspects of fitness – endurance, strength and everything. Just trying to get as fit as possible to be able to push as hard as we can,” Jeffrey said.

“It’s definitely long days, tough days this time of year isn’t quite as enjoyable, but every second you push longer now, will help you during the season.”

In the past year, the Canadian ski team found a lot of success as they were awarded 24 medals at the world cup and nine more at the world championships. In total, the national team had a 33-medal season.

According to president and CEO of Alpine Canada, Vania Grandi said that the Alpine Canada teams are focused on training for the 2022 and 2026 Winter Olympics with strong leadership already at the forefront of each team.

As for the Canadian Ski Cross Team, Dave Ellis, athletic director, will be coaching the team for this season with Stanley Hayer as a returning head coach for the world cup team and Victor Dockal will remain the C-team head coach.

“Our athletes, team coached and staff are already hard at work both on and off the snow to prepare for the season ahead, while plans around the 100th Anniversary are well underway with two November events in Toronto and Montreal where our national team athletes will be officially introduced,” Grandi said in a press release.

For Erik, himself and the team will be training for two major events.

“This is kind of like a year to regroup and focus on the next world championships, which are a year down the road and then the Olympics after that, in Beijing,” Erik added.

“I’m super happy to be on this team and I have a nice strong core group backing me. I have Trevor Philp and Simon Fournier. Hopefully, I close some gaps this summer and be able to make that next step on the world cup.”

In honour of Canada’s centennial in skiing, Alpine Canada will be hosting two fundraising galas, one in Toronto (Nov. 6) and the other in Montreal (Nov. 7) where they will also be officially introducing the national team.