The next generation of local ski cross racers have a message for the national program: We are ready.
Mar 26, 2015 12:00 AM By: Rocky Mountain Outlook 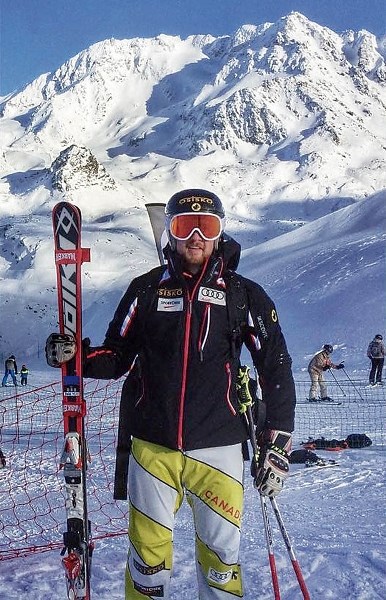 The next generation of local ski cross racers have a message for the national program: We are ready.

Valley residents Kris Mahler and Zach Belcyk both earned invitations to the world junior ski cross championships in Valmalenco, Italy, and will leave Thursday (March 26) for the event, which runs until April 1.

Mahler, 20, is in his first year of ski cross, having made the switch from alpine. He showed promise on the NorAm circuit, but when he got to Canadian nationals, he let his true potential shine through.

When he reached the base of the Smithers ski cross course, he was the top ranked junior and third ranked senior in a field that included the entire national team. Chris Del Bosco won the race, followed by Brady Leman. Belczyk was seventh, Banff’s Louis-Pierre Helie was eighth, and Canmore’s Tristan Tafel was 10th in a deep field.

“I had a pretty good talk with my coach before nationals going up the chair at Sun Peaks. He talked about what he expects from me. I thought it was time to lay down some good skiing,” Mahler said. “It was cool to have the full national team there. I think they were surprised how much we were pushing them.”

The national competition almost didn’t go ahead. Tabor Mountain in Prince George was originally scheduled to host the event, but pulled out at the last minute due to a lack of snow. Hudson Bay Mountain in Smithers, B.C. was then given six days to pull off the race, and did so with remarkable volunteer efforts.

Mahler toiled on the alpine NorAm circuit for three years before making the switch to ski cross. He’s found the transition to be “natural,” and it’s resulted in much more success. This will be his first world junior championship and first time skiing in Italy. The team also plans to race at Swiss nationals the week before in a new night-time ski cross race.

“Everything started to click. The mental preparation was coming together and the skiing is coming together. I’m healthy and really confident going into these next races,” Mahler said. “I’ve always liked playing in the park. The alpine coaches would always yell at me, so air time was never a problem. Ripping down the course with four guys, you do that with your buddies anyway at the end of the day. The adjustment felt natural.”

He had his share of crashes and bruises in his rookie season, learning when and where he could pass, but thus far he’s been a quick study. Fresh off alpine, his turns are sharp, which served him well on the twisty course at nationals.

“Sometimes the guys racing ski cross for a while just ride the berms, where I’m able to generate speed out of the berms and through the berms … that’s where I pull away or gain speed,” Mahler said.

Looking ahead to the trip overseas, he knows he’ll face a deep field in Switzerland and tough competition in Italy.

“I don’t want to set anything too high. I don’t know what the competition is going to be like, but I do think I have a good chance of doing something over there,” Mahler said. “With my results at nationals, and a good race at world juniors, maybe I can get a world cup start next season.”

He’ll have to keep working on his starts, and gain more strength in order to make the jump, but Mahler has the plan to make the next jump. At 20, he has plenty of time.

“I’m definitely looking forward to the next challenge. I think I’ve secured a spot on the development team and hopefully with a good performance at world juniors, I can jump on a world cup course, maybe at Nakiska next year,” Mahler said.

The team might move to Whistler in the off-season to take advantage of consistent snow through the summer. Regardless of where he ends up, Mahler knows what he has to do.

“For me, the big thing is to focus on strength and conditioning, building on the foundation I have established. It’s good, but I have to get stronger and faster.”