"With the U.S. border being closed and looking like it will continue to be closed and the self-isolation requirement for other travellers still in place, it would be very unlikely that anyone outside of Canada would come to the event or make plans to come to the event."
Sep 1, 2020 12:08 PM By: Jordan Small 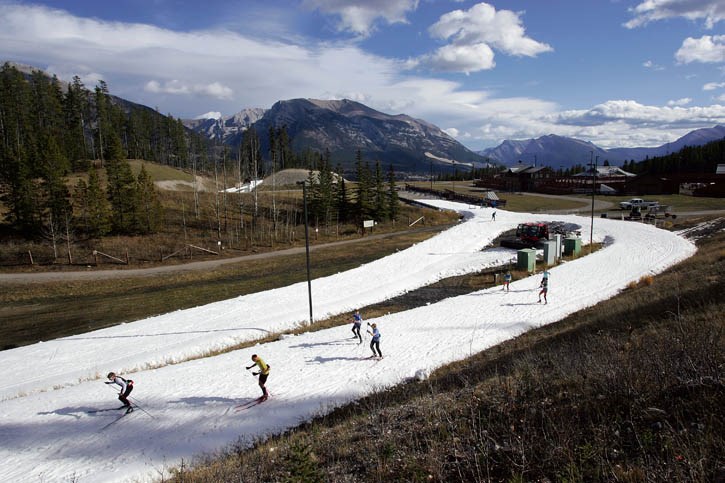 CANMORE – The Masters World Cup for cross-country skiing, scheduled for March 2021 in Canmore, is being postponed for at least one year due to COVID-19 fallout.

Originally scheduled for March 4-12, 2021 at the Canmore Nordic Centre, organizers said ongoing travel restrictions, health and safety concerns, and domestic limitations around hosting a major international sporting event were the main factors in postponing until March 3-11, 2022.

"With the U.S. border being closed and looking like it will continue to be closed and the self-isolation requirement for other travellers still in place, it would be very unlikely that anyone outside of Canada would come to the event or make plans to come to the event," said Norbert Meier, event chair for Alberta World Cup Society (AWCS).

It's anticipated that approximately 1,200 skiers, aged 30 and older, from across the globe were going to travel to Canmore and participate before the pandemic hit, including a large contingent from the United States.

Meier said that organizers hoped the current sports event restriction in Alberta of 200 max would be relaxed over the summer months. However, a frank conversation with the provincial health authority resulted in the notion that these rules would be "intact for some time."

"So for us to continue to plan for the event for March '21, while these restrictions were in place and preventing us from hosting, it kept increasing our financial risk the further down the road we went," Meier said. "We wouldn't have any certainty of holding the event."

John Downing, president of the World Masters Association (WMA), said the decision came after a careful evaluation process over several months between them, AWCS, tourism partners and Alberta Health Services.

“In the midst of what is an incredibly challenging era for sport organizers around the globe, the WMA could not ask for a better partner than the AWCS,” said Downing, in a press release.

“Everyone in Canmore has been exceptionally professional while also remaining positive about what we all believe will ultimately be a fantastic MWC 2022 in Canmore.”

In a previous interview with the Outlook, Meier anticipated $7 million to $10 million would be injected into the local economy during the event.

He added that in the contract for the Masters World Cup with WMA, it's noted that Canmore will host the next event of its kind in either 2022 or 2023.

"Sometime in the next three years Canmore will have the Masters World Cup and there will not be a world masters elsewhere before we hold the event here over that three-year period of time," Meier said.

Meier said when the competition returns, he wants the community to welcome it with open arms instead of potentially being worried about health and safety issues.

"This whole notion of Canmore welcoming an international event was part of our discussions, and back in '95, we had a parade of nations down Main Street and spectators lining the sidewalks and cheering, welcoming the world," Meier said. "We would love to be in that kind of environment again and it just seemed like '21 was not going to line up for that."