McKeever bounces back to claim gold 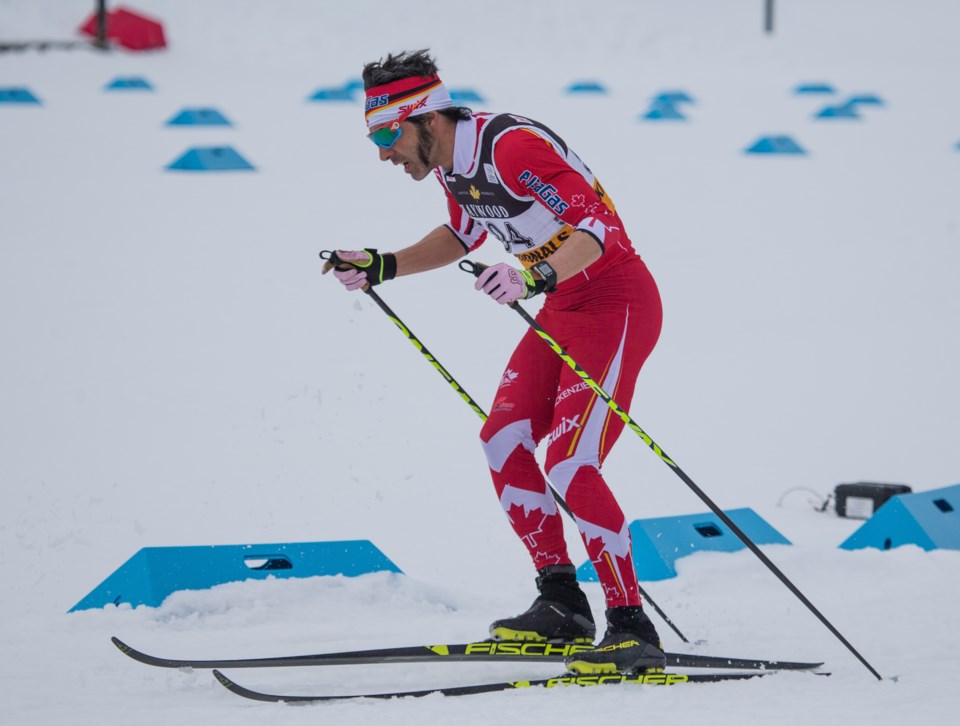 Canmore’s Brian McKeever and his guide Graham Nishikawa bounced back to win gold under difficult conditions at the skate-ski race at the Para-Nordic World Cup in Altenberg, Germany on Wednesday (Jan. 15). RMO FILE PHOTO

ALTENBERG, GERMANY – Following a disappointing result earlier in the week, Canmore’s Brian McKeever and his guide Graham Nishikawa bounced back to win gold under difficult conditions at the skate-ski race at the Para-Nordic World Cup in Altenberg, Germany on Wednesday (Jan. 15).

The 40-year-old dominated the slushy six-kilometre race dodging rocks, dirt and grass poking up through the snow, posting a time of 14:28.9.

“Graham did an excellent job of getting them through traffic, so they didn’t have an accident, and the course suited them very well.”

The silver medal went to Yury Holub of Belarus, finishing 27.2 seconds behind McKeever.

Canada’s Collin Cameron also celebrated his second medal of the week. After sprinting to third place in the sit-ski division earlier in the week, the 31-year-old was back on the bronze-medal step of the podium after a hard-fought effort, skiing the five-kilometre course in a time of 14:41.8.

In the men’s standing classification Mark Arendz was eighth after completing the course with a time of 14:31.9.

Natalie Wilkie was the top Canadian woman on the day. The Salmon Arm, B.C. product placed fourth in the women’s eight-kilometre standing race with a time of 16:36.1.