Melissa's Road Race is back

Everyone loves a comeback, and Banff's biggest running race just had the biggest of its career.
Jan 18, 2018 12:00 AM By: Rocky Mountain Outlook 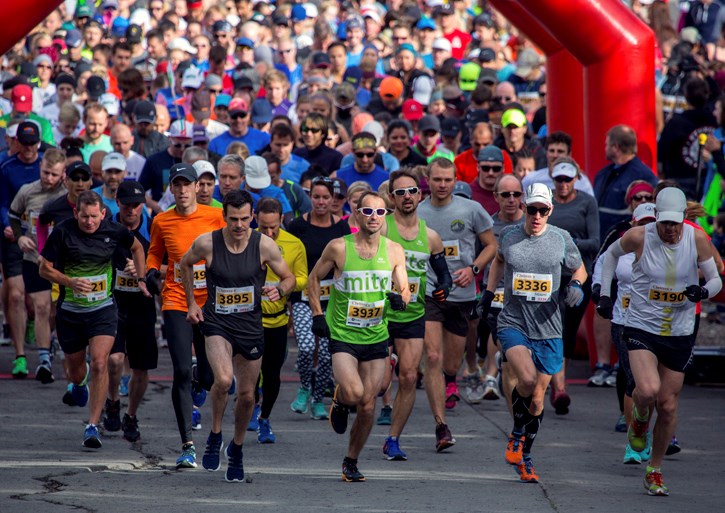 Duncan Marsden, centre, of Calgary leads the Melissa’s Road Race half marathon start in Banff on Saturday, Sept. 24, 2016. Marsden won the race with a time of 1:13:12. In 2017, the organizers of the event announced it would no longer be held in Banff. At the beginning of 2018, however, it was announced the Banff Marathon would take over the event.