Raising awareness with 24 Hours of Tunnel

CANMORE - For 24 hours straight on July 10, Scott Walker, Tyler Williams and Masaki Yokota, will be embarking on a fundraising hike throughout Tunnel Mountain with all proceeds donated to the International Bipolar Foundation (IBPF) and the Banff Comm
0
Jul 4, 2019 12:00 AM By: Kiah Lucero 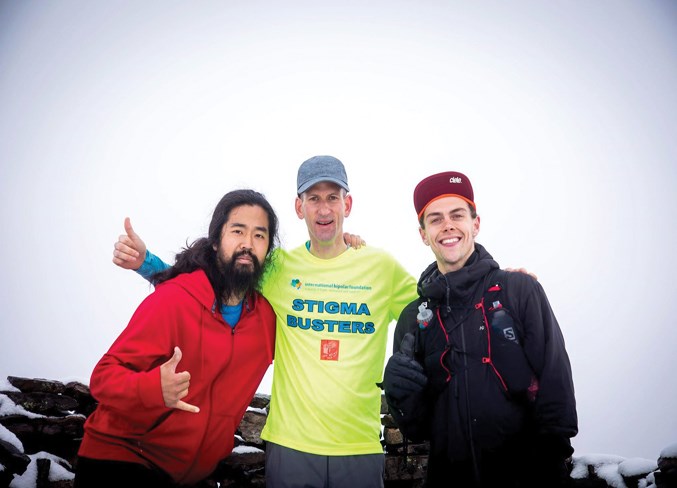 CANMORE - For 24 hours straight on July 10, Scott Walker, Tyler Williams and Masaki Yokota, will be embarking on a fundraising hike throughout Tunnel Mountain with all proceeds donated to the International Bipolar Foundation (IBPF) and the Banff Community High School (BCHS).

Since being diagnosed with bipolar disorder back in 2000, Walker began the fundraising awareness campaign, not only to raise funds for IBPF, but also to dispel the stigma and stereotypes around mental illness.

“For me it really means a lot because there are some really good programs out there for mental health and for bipolar [disorder], however I do find that there is a fair amount of stigma and stereotypes out there … it helps show people that it is possible to live a really happy, healthy life, despite a challenging diagnosis,” Walker said.

Throughout the past five years, the trio have been pursuing different hiking venture to create awareness around bipolar disorder. Starting off as a simple challenge proposed by Yokota, Four Peaks Banff was their very first fundraising hike. Walker, Yokota, Williams and another friend of theirs, Lucas Saint-Pierre, tackled the four peaks in Banff.

“First one was in the summer of 2015, where the four of us went up Cascade, Rundle, Sulphur and Tunnel in one day. At that time, that was the hardest thing I physically and mentally endured,” Yokota, recurring participant and teacher at BCHS replied in an email.

“Looking back and seeing that first trek was the easiest one out of them all is hilarious to me,” he added.

That initial hiking journey eventually evolved into an annual fundraising hike where they trekked different trails throughout the Bow Valley including the four peaks of Canmore, Sulphur Mountain and the six peaks in Lake Louise.

In past hikes, Walker said that people around him would open up about mental illnesses which afflicted them or their loved ones. He said that he understands the difficulty of opening up.

“I hadn’t told any friends, I hadn’t told anyone I worked with – it was like a secret. I was too ashamed and embarrassed, too worried about how they would react. I’m grateful that the more people talk about it, the less stereotypes and stigmas there will be,” Walker added.

With 24 Hours of Tunnel fundraising campaign, Walker wanted to follow a certain theme, Together is Better.

“I admit that the first nine years of my diagnosis I was like a lot of people, I say men especially, where I attempted to do it all on my own to basically do everything for my mental health on my own without support,” Walker said.

“For the last ten years, I’ve really created an amazing support team. So that’s one theme of Together is Better and then another one is just reaching out for that support because again, there are a lot of people, especially men, that have mental illness issues that do not reach out and I used to be that person for quite awhile.”

At any time during the hike, the trio are encouraging people to join them on their 24 hour Tunnel Mountain journey where they will start their first lap next Wednesday (July 10) at 7 p.m. The following day (July 11) at 5:45 p.m. to 6 p.m., the 24 Hours of Tunnel crew will be embarking on their final lap.

Donations can be made online through the 24 Hours of Tunnel Facebook Page and website, through IBPF’s website or in person to anyone from the team. The donations will be split equally between IBPF and BCHS, which will go towards supporting the school’s sports programs.