“We should have drafted Alex Young last year and we’re lucky we got him this year,” said Doug Wilson Jr., the Sharks director of scouting.
Oct 8, 2020 12:45 PM By: Jordan Small 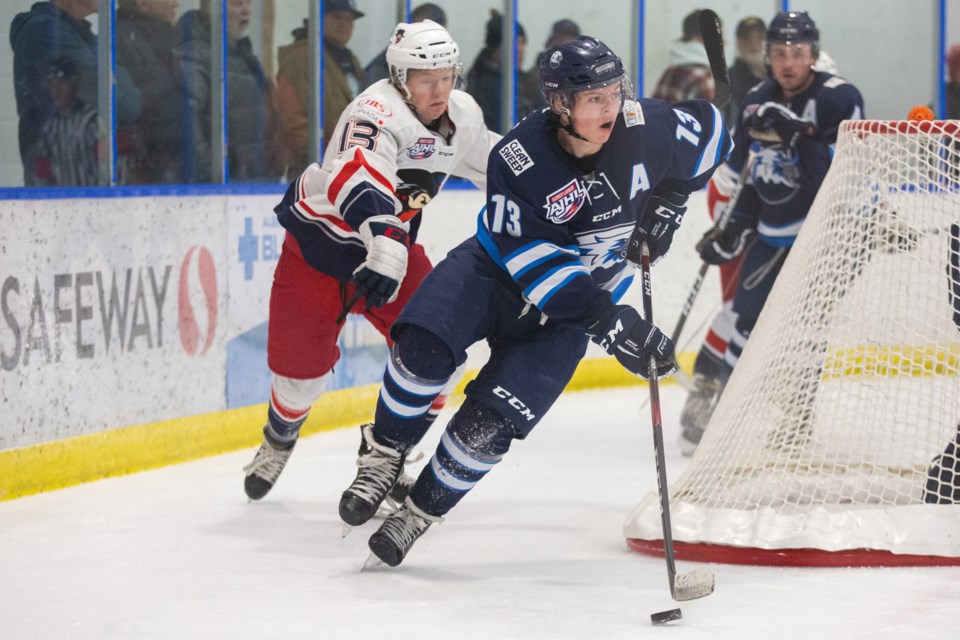 The 19-year-old centre was selected in the seventh round (196th overall) by the California-based San Jose Sharks at the 2020 NHL Entry Draft on Wednesday (Oct. 7).

“We should have drafted Alex Young last year and we’re lucky we got him this year,” said Doug Wilson Jr., the Sharks director of scouting during a media scrum after the draft.

“We went with best player available [in the draft].”

In 172 regular season games with the Eagles, the centre scored 91 goals and had 206 points and is second all time in goals for the Eagles and third all time in points.

During his last season in Canmore, Young scored 36 goals and 82 points in 53 games. It landed the assistant captain as the fifth highest scorer in the league and ninth overall in points. He was an AJHL MVP finalist that season.

“We couldn’t be happier for the entire family, they are very deserving of this," said Eagles head coach and general manager Andrew Milne in a press release. "We congratulate Alex on this accomplishment and wish him all the best in his future.”

Centre Dylan Holloway was drafted 14th overall by the Oilers. He played for the Okotoks Oilers in 2018-19.