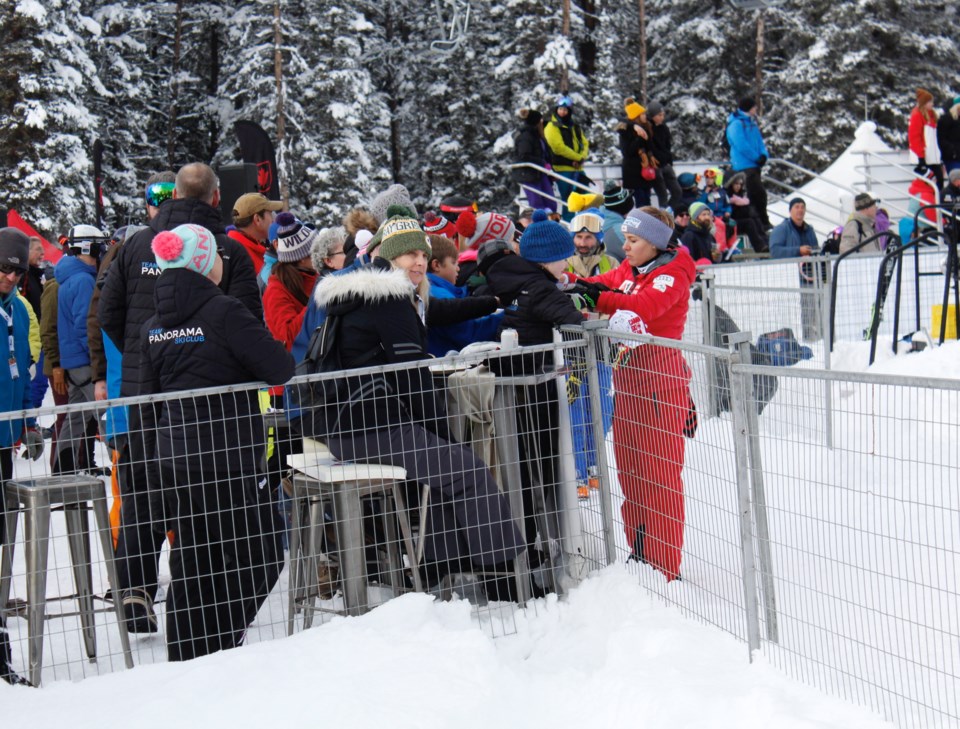 LAKE LOUISE – Last year's winner of both downhill women's world cup races at Lake Louise, Austria's Nicole Schmidhofer, was back on top of the podium again Saturday (Dec. 7) with the fastest time on the course (1:49.92).

Schmidhofer was also the winner of last season's crystal globe for downhill racing and won the super-G world cup at Lake Louise in 2017.

The 30-year-old was seventh on the first day of racing (1:32.61), which saw the track shortened and the race delayed an hour due to winter weather conditions. She said both races were good, but a patch of snow on Friday (Dec. 6) slowed her down.

"Yesterday there was too much snow and I lost my speed," Schmidhofer said. "Today I showed how I like it ... and took my own line and it was really fast."

Canada's Marie-Michele Gagnon was 26th (1:52.46) in the second downhill world cup, improving upon her 28th place finish on Friday. But after reviewing the first day of racing's results, she admitted she hoped to do better.

"I’ll take it," Gagnon said after the race. "I'm not going to lie, I wanted a little bit more.

"Especially after watching the video and knowing where I could gain some time, but I have to be patient."

Gagnon reflected on her performance afterwards, and where on the course she lost speed.

"I haven’t figured out that section – from fishnet, to fall-away, to c-turn – which is kind of the key section to the course because I am losing all the speed," she said. "I’m not doing anything wrong but I’m not carrying that speed off gun barrel."

The 30-year-old from Lac-Etchemi, QC, is new to the speed races on the alpine circuit, having competed more on the technical world cup races in the past. She said she is looking forward to Sunday's (Dec. 8) super-G.