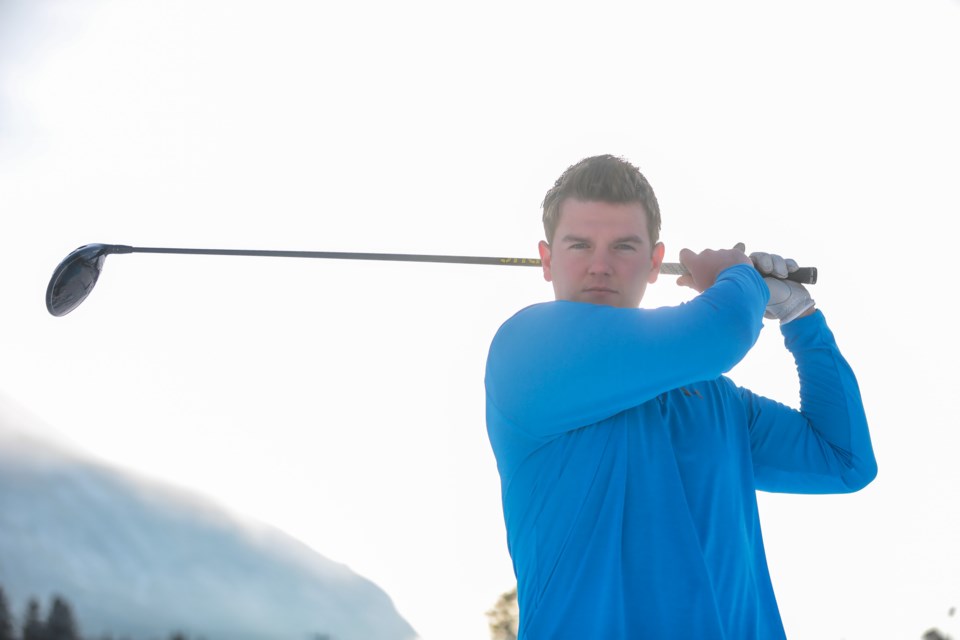 NORTH DAKOTA – Canmore golfer Matt Bean has a real shot at sinking putts for a living.

Playing on the Dakotas Tour, a professional-amateur circuit in the upper Midwest that mixes seasoned vets and up-and-comers, the 22-year-old is still striving for a first payday on the links, but after two tournaments he's finding his game and a sense of belonging among the pros.

“Being able to play against [seasoned professionals] and test my game against them ­­– last week more than any, missing the cut and really not having my A-game was kind of when I really realized I can be out here and I can beat these guys,” said Bean.

“My ultimate goal is the PGA Tour. I wouldn’t be doing this if that wasn’t my ultimate goal, but I understand it’s a process and it’ll take a couple of years.”

The Dakotas Tour was a backup plan for the skilled golfer after missing out on qualifying for the U.S.-based Forme Tour, a new feeder circuit to the PGA.

Each Dakotas event has about 60-90 competitors and the top third of the field is paid out. At major events, winners can pull in as much as US $25,000.

However, there have been more growing pains than paycheques on his mind recently. In Bean’s first Dakotas Tour event from June 25-27 in Fox Run South Dakota, it was “not good by any means," he admits.

“I had a few double bogeys that week that cost me,” he said. “In golf, if you’re trying to avoid mistakes then they tend to happen more often so it was more so a really good learning experience for me.”

A few days later on June 30, Bean played in a second Dakotas Tour event at Central Valley, S.D., but missed the cut by one on numbers. Despite the elimination, it was a big boost for the young linksman’s morale.

“I played overall a lot better,” he said. “I wasn’t really making any putts, which kind of cost me in the end. I ended up missing the cut by one. I was minus-five and the cut was minus-six.”

While living south of the border, Bean is staying at his old university stomping grounds in Minot, North Dakota, where he played NCAA Division II golf and was selected as an All-Conference player and leading his team to its highest ranking ever of 52nd in the fall of 2018.

Of the 11 major Dakotas Tour events this season, Bean plans on travelling to and competing in seven, among other tournaments that are in driving distance of the northern state.

While splitting wheelman duties with former teammate, Cody Reynolds, this Friday (July 16) they'll be making a nine-hour drive to Minneapolis, Minnesota, for the 3M Open pre-qualifier.

The hope for the young guns' is to advance to the qualifier on Monday (July 19), and, if all goes better than expected, a trip to the big show.

“If a miracle happens and my top game shows up for two days, who knows, I might play in a PGA Tour event, but I’m not counting on that,” said Bean. “I’m just trying to gain some experience there and bring that towards a strong finish on the Dakotas Tour this year.”

"I feel like my game is trending in the right direction as of last week," said Bean. "Hopefully I can start filling up my bank account in that regard, but it’s not guaranteed so anything is helpful and I'm so grateful to everyone who has donated."