There was a moment on Saturday morning (Dec. 2) when organizers of the Audi FIS Ski World Cup downhill women’s races at the Lake Louise ski hill weren’t sure their event was actually going to take place. At about 10 a.m.
0
Dec 7, 2017 12:00 AM By: Rocky Mountain Outlook 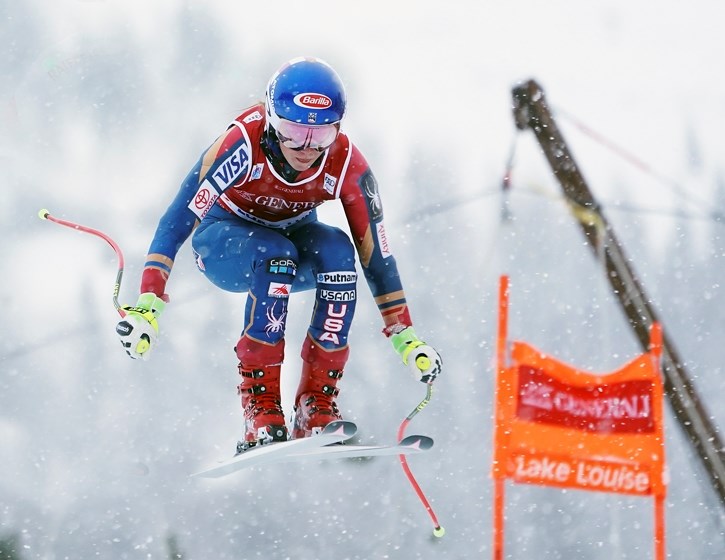 There was a moment on Saturday morning (Dec. 2) when organizers of the Audi FIS Ski World Cup downhill women’s races at the Lake Louise ski hill weren’t sure their event was actually going to take place.

At about 10 a.m. on race day, a tree fell on a power line and knocked out electricity to the entire ski resort, according to Fortis Alberta. By 11:10 a.m., race organizers scrambled to find a way to get the alpine racers to the top of the course.

While guests of the resort were no longer able to ride the hill that day without functioning ski lifts, the women’s downhill world cup race was postponed from 12:30-1:30 p.m. A Prinoth snow-groomer was used to tow officials and racers up the hill to the start gate.

The 51 women set to race that day, however, had to begin their downhill race at the super-G start gate, as officials shortened the course by 460 metres.

Team USA superstar Lindsey Vonn said the effort to rally the ski hill to put on the world cup race was “pretty impressive.”

“I would say huge props to Lake Louise for getting the race off, they put in a major effort,” Vonn said after her 12th-place finish in the event. “It is pretty cool they were able to have it. I think most people would have given up.”

If there is a professional athlete on the alpine circuit who knows about perseverance, it’s the 33-year old American skiing superstar. Vonn has repeatedly returned from injury and returned to Lake Louise on Saturday with a 1:28:48 ski run, after she crashed on Claire’s Corner on Friday (Dec. 1).

Vonn has won 18 world cup races at Lake Louise, but Friday’s crash likely hindered her performance. She said she may have compressed the meniscus in her knee “pretty nicely” and said “the good news is I can do the splits.

“I think I got my one crash for the year out of the way and hopefully I can ski better for the season,” Vonn said.

It was Shiffrin, 22, however, who has dominated at Lake Louise so far this year, with a third-place finish on Friday, and first place podium on Saturday.

Shiffrin said after racing the day before and placing third, her strategy was to “go for it” and attack early in the race course to take the lead.

Given the fact the course was shortened from the day before, she said that worked to her advantage as she is not the fastest on the top flats.

“I know (yesterday) I was really strong in the bottom part, which was more technical,” Shiffrin said. “So I thought, OK, you know, go like a crazy girl out of the start. And the rest of the course I am comfortable with.”

Canadian racers started well back and finished out of the top 30. Valerie Grenier missed a gate along the way and ended with a disappointing DNF.

The best Canadian result came from Roni Remme with a time of 1:30:41 and a 42nd in only her second world cup start. Stefanie Fleckenstein finished 46th and Mikaela Tommy was 47th.

Alpine Canada announced Marie-Michele Gagnon will miss the remainder of the season. Gagnon crashed on Claire’s Corner Thursday during training and suffered a dislocated shoulder and torn anterior cruciate ligament (ACL) to her right knee.

“This is really disappointing because I initially didn’t think this injury was as severe as it is,” stated Gagnon in a news release. “I did know something wasn’t right so I’m glad that we had the MRI to confirm the ACL tear. I was feeling really good this summer and feeling great in speed.

“Although I didn’t finish the training run, I’m glad I was on the right path and I know I have what it takes to compete in speed. It’s more natural for me. I will get surgery, rehab and come back even stronger with more fire. I’m really proud of all the Canadian girls. I know it will be their year and they’ll all punch into the top 30. I’ll be following closely and cheering them on from home.”