There was an outcry from the cross-country community May 1 following the 14-person 2020-21 National Ski Team announcement by Nordiqu Canada featuring a young core that would be developed through to the 2026 Olympics
Jun 3, 2020 3:00 PM By: Jordan Small 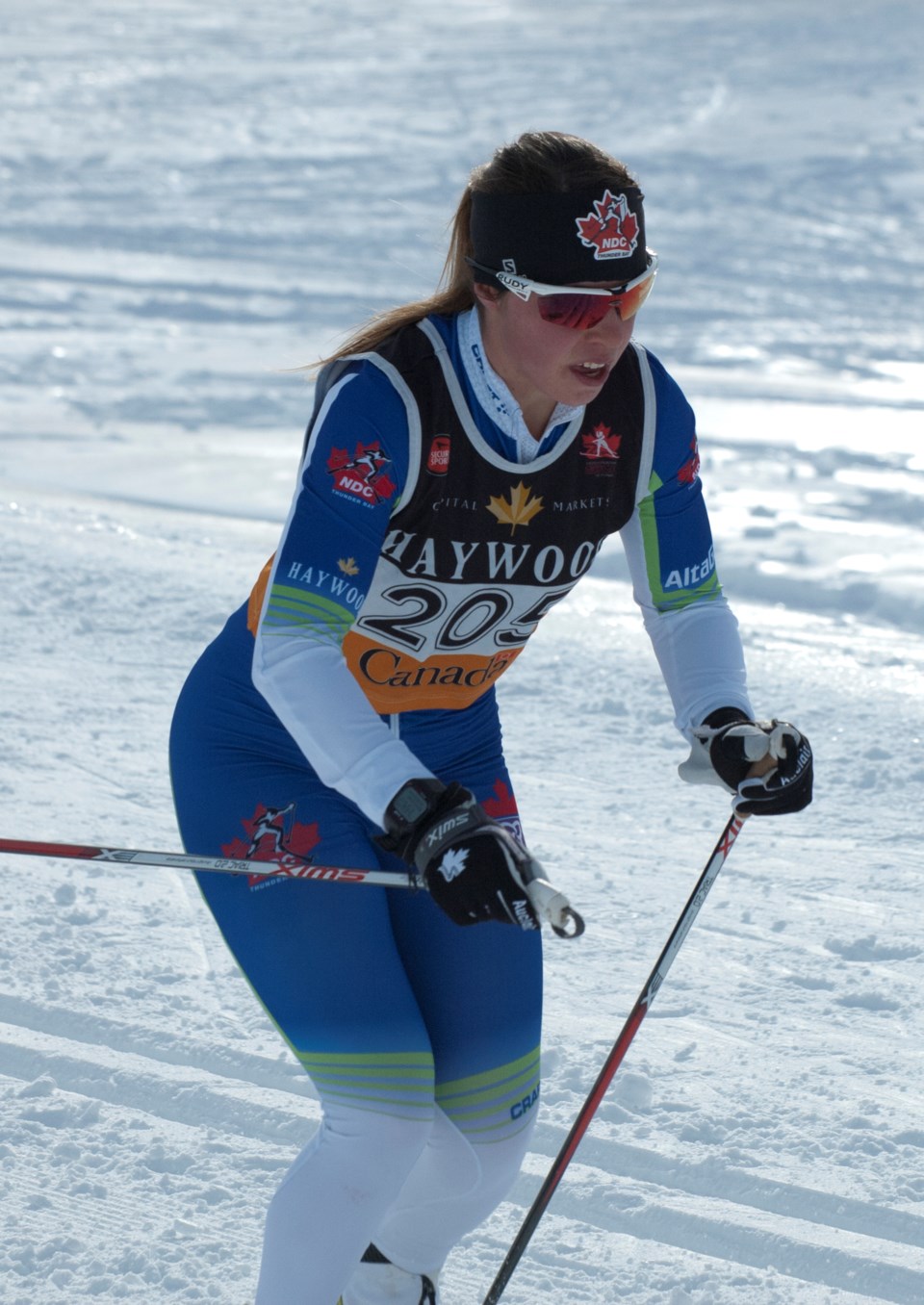 CANMORE – The biggest battle for Katherine Stewart-Jones this year wasn’t against cross-country ski rivals, but rather the sports’ national governing body.

Stewart-Jones was welcomed back to the cross-country National Ski Team (NST) for 2020-21 last week after appealing Nordiq Canada’s decision that excluded the top Canadian athlete coming off her best season yet and left many scratching their heads. Being on the NST gives athletes access to tens of thousands of dollars of government support, which makes up the majority of expenses for the season.

“It was just a huge relief, really," said Stewart-Jones, a six-time NST member from Chelsea, Que., who trains out of Canmore. "It felt like a big pressure off my shoulders because it was six weeks of a lot of stress. It's a huge relief I didn’t have to find funding elsewhere and I could just focus on my training and move forward.”

An objective panel renamed Stewart-Jones based on a top-12 world cup individual race in February, where she had the ninth-fastest time of the day en route to finishing 32nd in a world cup pursuit race in Oestersund, Sweden.

After Stewart-Jones was selected, a Nordiq Canada statement said: "In its original interpretation of the published 2020-21 NST criteria, the selection committee had not considered a best time of the day pursuit result as meeting the NST criteria.”

For 25-year-old Stewart-Jones, she said being cut from the team was frustrating and disappointing, especially with two of the last three world cup races being on home soil.

“I was focusing on the end of the season entirely," said Stewart-Jones. "My plan was to come home and have almost three weeks to prep for the last races of the season … I was aiming to be at my best at that point in the season, for sure.

“I think in a lot of ways it’s not a personal decision they made – whether it was the right decision or not, that’s a different story, but in the end they did just want to follow their criteria. I think you can see with the amount of people that are upset with it that the criteria is probably not right, but it’s just a difficult situation overall and I hope things change a bit in the future, but it’s tough to say.”

There was an outcry from the cross-country community May 1 following the 14-person 2020-21 NST announcement featuring a young core that would be developed through to the 2026 Olympics. The NST is made up of world cup, senior development and junior development teams.

Created in 2019 by 18 members of the High Performance Committee, factors in the NST selection criteria include race results, potential for Olympic, world cup or world championships medals if the athlete was selected to the NST, and results relative to athlete's age, among others.

“The majority of this group have represented Canada at the under-23 and junior world championships, and represent the future of our sport," said Shane Pearsall, Nordiq Canada's former CEO, in a press release. "They are equally determined to continue the trail to the international podium, but it is our goal to work with our sport and funding partners to ensure this group of athletes, loaded with potential, have the tools they require to succeed.”

A week after the NST was announced, Pearsall resigned from his position after four years at Nordiq Canada. Stèphane Barrette is currently acting CEO.

In a statement, it said Pearsall, the Chef de Mission for Canada at the 2006 Olympic Winter Games, stepped back to spend time with his family.

"Under Shane's leadership, we now have a new brand organizational structure and the foundation has been laid in the rebuild of our high-performance program," said Jen Tomlinson, Chair of the Nordiq Canada Board of Directors.

For Stewart-Jones, she's optimistic about a fresh face taking on the CEO role.

“I think it is important to have people who are involved in the sport, especially someone at such a high level, that understands the sport, so I’m hoping it will be an opportunity to have someone who has a good understanding of the sport and the development of the sport,” Stewart-Jones said.

In 2016 under Pearsall's leadership, Nordiq Canada set long-term goals that focused on becoming a top-six nation in cross-country skiing by 2026 and winning two Winter Olympic medals that year.

"Achieving these lofty performance goals is not done without making some very difficult decisions," wrote Chris Dornan, spokesperson for Nordiq Canada in an email. "This starts with developing a selection criterion that is designed to help the community achieve these joint goals.

"While some longtime athletes did not meet the objective criteria that was set and published in August of 2019, they remain important athletes in Canada's cross-country ski circles. Just because they did not meet National Ski Team criteria, it does not mean we forget about them.

"In fact, we need to find additional ways to support their continued development to help them close the gap and meet the criteria next year and beyond. We will find ways to do this – working with their coaches, including them in training camps, etc."