With the team's first win under its belt, the Canmore Wolverines look for more Friday at home
Sep 19, 2019 8:24 AM By: Jordan Small 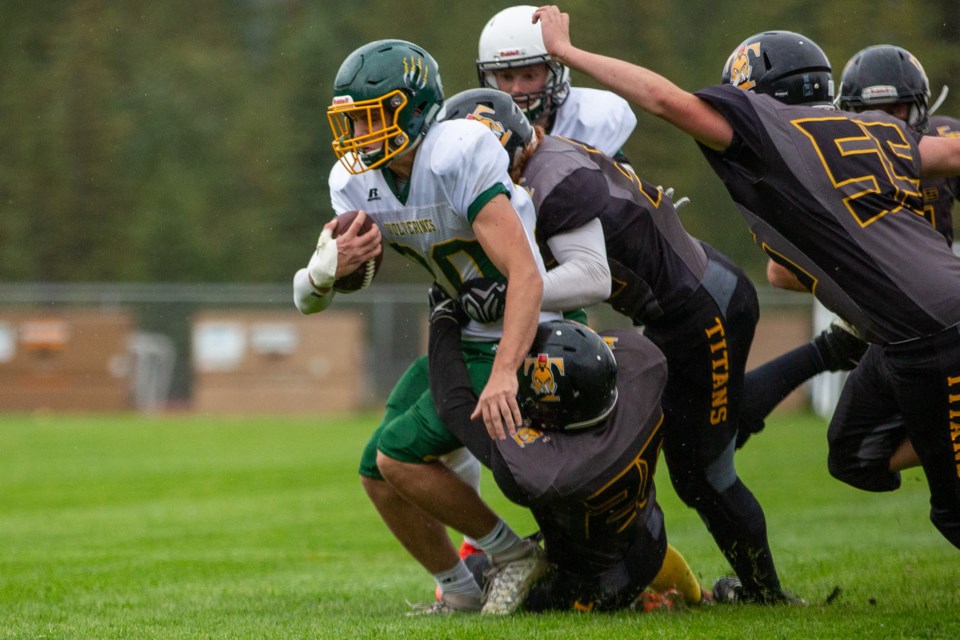 A shot from the Wolverines' second game against the Drumheller Titans. RMO FILE PHOTO

OLDS – The Canmore Wolverines are in the win column.

The local football team crushed the Olds Spartans, 56-14, in its first away game of the season on Saturday (Sept. 14), ending a two-game slide for the 2018 Tier 4 provincial champions.

After early season struggles against the Drumheller Titans and Ardrossan Bisons, two of Tier 4’s strongest teams, the Wolverines bounced back with a much-needed first victory.

“I can tell you it sure is [a nice feeling] for me personally and it makes for a happier bus ride home, too,” said Spencer Rose, Wolverines head coach. “It’s good to have the guys experience a little bit of winning.”

Prior to Saturday’s offensive outburst, the Wolverines scored only one touchdown over its first two games, but the coach underlined that moving forward a strong focus will be around the team's defence and special teams. The Spartans first touchdown against Canmore was on a punt return, reminiscent of Sept. 9's 14-12 loss against Drumheller, where a Titan ran a 70-yard touchdown off a kick in the final minute to steal the game away from the Wolverines.

“[Special teams] is sore spot at the moment,” Rose said. “The team has been kind of progressing a little bit, and we’re working our way out of the learning stage and we’re figuring out what were suppose to be doing.”

This Friday (Sept. 20), the Wolverines look to clobber more Spartans when the Strathmore Spartans march into town. Kickoff is at 4 p.m. at Millennium Field.

“It’s a good opportunity to get our first home win and put on a show for the home crowd,” he said.