Exshaw fire hall gets an upgrade 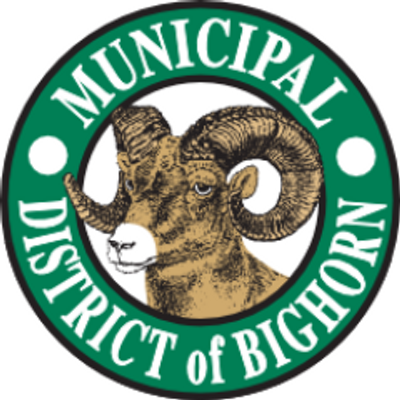 On June 11, the Exshaw Firehall Air Monitoring Report was presented to MD of Bighorn reeve and council with the recommendation to purchase and install the new equipment, not exceeding $50,000, from the engineering structures reserve account.

“The talks have kind of been in the works for about a year and a half, but it started with an investigation with concerns over firefighter cancers and things we can do to prevent it,” said Exshaw Fire Chief Rick Lyster.

The quality of air in the fire hall was brought up as a concern after recent national and international studies showcased the issues and health concerns surrounding diesel exhaust fumes in fire halls without proper ventilation systems.

The International Agency for Research on Cancer added diesel fuel as a carcinogenic hazard to humans in 1989 and diesel engine exhaust was added to the same list in 2014.

Built approximately 30 years ago, the Exshaw fire hall had a basic ventilation system and concerns were raised when firefighters noticed the older hall did not have upgraded ventilation setups, such as local exhaust extractions that fit over vehicle exhaust pipes to remove the exhaust at the source and an air quality report was ordered.

The first report that was commissioned was actually rejected after Lyster and the MD of Bighorn CAO and Director of Planning noted the hall ventilation system was not working optimally at the time of the study and a new study had to be ordered last December.

It was not until the end of January, when the system was inspected and verified as working properly, when a second report was ordered through Certified Industrial Hygiene Consulting.

Brought up at previous council meetings, Coun. Paul Ryan expressed his frustrations at the delay of the report and said he was pleased to finally have it last week.

The report stated no concentrations were measured above the Alberta Occupational Exposure Limits, but did note, “many were below indoor air quality limits.”

“Based on the results, the consultants do not see any reason for concern regarding possible health risks while performing the monitored work operations,” the report stated, noting if occupants of the building were still concerned to consider installing a local exhaust extraction system.

Administration adopted the other recommendations from the report, including periodic inspections and maintenance checks and repairing a north end ceiling fan in the hall in April to optimize air movement. But after talking with the fire chief and CAO, administration presented council with the option, rather than installing an exhaust pipe extraction system, to install four AirMation units that will remove particulate matter, carbon monoxide (CO), sulfur dioxide (SO2), and nitrogen dioxide (NO2) from the air. The systems are operating in 33 fire departments across Alberta, according to the manufacturer.

“The findings of both the 2018 and 2019 reports did not measure concentrations above the Alberta Occupational Exposure Limits,” stated the report. “The recommendation regarding occupants being concerned about potential exposure to exhaust contaminants can be addressed with the installation of the AirMation product.”