BIGHORN – An affordable fresh food delivery program will launch as a pilot program for residents of the MD of Bighorn this fall.
0
Jun 20, 2019 12:00 AM By: Jenna Dulewich 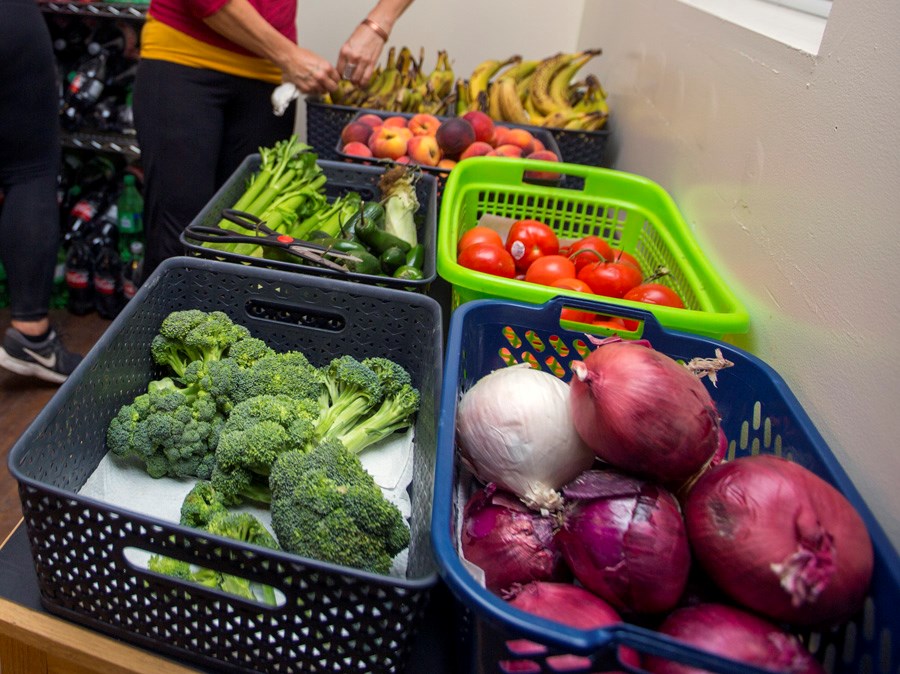 The Good Fox Box pilot is coming to MD of Bighorn.

BIGHORN – An affordable fresh food delivery program will launch as a pilot program for residents of the MD of Bighorn this fall.

Launched in other communities in the Bow Valley several years ago, the Calgary based Good Food Box focuses on bringing fresh fruits and vegetables at a low cost to communities facing food insecurity.

“The MD of Bighorn is very pleased to be able to work with area volunteers and municipal partners from Kananaskis to Lake Louise supported by our local [Primary Care Network] and Bow Valley Christmas Spirit to help launch the pilot for the good Food Box program to the Bow Valley,” said Deb Grady, community services coordinator with the MD.

The program, under the Community Kitchen Program of Calgary, self describes as a hand-up instead of handout initiative with a mission statement to make top-quality, fresh food available in a way that promotes healthy eating, fosters community development and does not stigmatize people.

MD of Bighorn council accepted a report on the new program on June 11, and the report noted the pilot launch would come at no cost to the MD, with the exception of initial staff time to coordinate volunteers, as the Bow Valley Christmas Spirit Campaign donated more than $4,000 to help shipping costs for the five month trial up to a maximum of 200 boxes.

“The Good Fox Box puts high quality, affordable fruits and vegetables within affordable reach for many residents throughout the area whose budgets are stretched too thin by the costs of living here,” Grady explained.

The Bow Valley Food Alliance, launched in 2016 after a 2013 community social assessment identified food security as an issue, has already been running the program in Banff for the past three years. Grady said she is excited to see the pilot in the MD.

The decision to bring the program to the MD came after a survey released by the MD of Bighorn, Primary Care Network, Town of Banff, and ID 9 for residents to assess the interest of expanding the Good Food Box program from Lake Louise to Kananaskis showed high interest. More than 440 residents responded with 401 said yes to bringing the Good Food Box to their communities. Out of the 44 respondents from the MD of Bighorn, 40 voted they would be interested in the initiative with nearly a third of all respondents said they would volunteer to help with deliveries.

General comments from the survey respondents included people saying they would be grateful for an inexpensive fresh produce option in their communities.

“I currently use two food delivery services including one vegetable service and one meal plan service – it has made living in Lake Louise much easier due to limited access we have to fresh and delicious produce,” one Bow Valley resident wrote. “However the existing services are very expensive and this looks like a cost-effective alternative that our family could benefit from.”

Other respondents noted they already volunteer at and utilize the different food rescues in the valley, such as Canmore Food Recovery Barn and Banff Food Rescue, but would likely also utilize the food box program.

“Fruits and veggies are so expensive in the valley and my kids love them. This would definitely help,” another resident wrote.

After the survey results were revealed, the Bow Valley Food Alliance announced it would move ahead with the pilot bringing monthly deliveries to Exshaw, Canmore and Lake Louise.

The Exshaw Community Association volunteered their space as an MD/Kananaskis depot with local volunteers to receive shipments and host pick-ups, and the MD will be collecting family income data during the five months. The Good Food Box will be promoted to low-income families, but it accessible to anyone that wants to participate.

The pilot launches this September.