BIGHORN – Random camping along Highway 1A , west of Exshaw , has prompted the MD of Bighorn to remind the campers they are pitching their tents inside a wildlife habitat area.
Jun 6, 2019 12:01 AM By: Jenna Dulewich 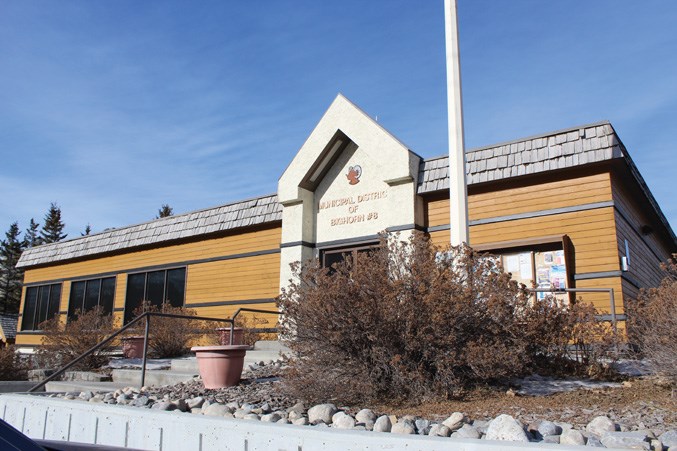 The MD of Bighorn is discouraging random camping along Highway 1A.

BIGHORN – Random camping along Highway 1A, west of Exshaw, has prompted the MD of Bighorn to remind the campers they are pitching their tents inside a wildlife habitat area.

Reeve Dene Cooper said more camping on Crown land along the highway between the hamlet and Canmore has been observed, and is a concern when it comes to the potential for wildlife human conflicts.

“I have observed there is more random camping at the Gap Lake site, just north of Highway 1A – I don’t know what is causing it and I don’t know who it is,” Cooper said.

The area around Gap Lake where people are setting up camp is not listed as an official campground under the Alberta Parks website. Gap Lake, located along Highway 1A six kilometres west of Exshaw, is listed as day-use only and the official campgrounds in the area are Bow River, Three Sisters, Lac des Arcs, Bow Valley and Willow Rock, all listed on the Alberta Parks Bow Valley campground map.

Cooper said 95 per cent of the 2,673 square kilometres of the Bighorn district that consists of Benchlands, Dead Man’s Flats, Exshaw, Harvie Heights and Lac des Arcs is Crown land, also known as public lands, which is under care and control of the provincial government.

“I have heard the concerns of those living in the MD of Bighorn surrounding random camping near Gap Lake, but I have also heard from those who are responsible spectators – using the area for enjoyment, but also visiting the area on their off-day to clean up after others, less responsible [spectators] and maintain the quality of the trails to the best of their ability,” MLA Miranda Rosin wrote.

“I believe a solution must be found that satisfies everyone and ensures the beautiful Gap Lake can still be enjoyed while ensuring the environment around it is not ravaged in the process.”

The area actually used to be federal land, but was transferred to Alberta, with ownership, administration and management as public lands in 1930. More than 50 per cent of Alberta is public land managed by the province.

Reeve Cooper said the MD is not opposed to random camping and he understands the valley is an “expensive place to live,” but the area near Gap Lake is by “no means a place to encourage random camping.”

“The area was the Rock Wool plant that ran from 1930 to the 1980s … the area was reclaimed, as all industrial areas must be, to be sheep habitat,” Cooper said.

“So the highest and best use as I have understood it in the last couple of decades is to use it as a habitat patch specifically for big horned sheep.”

The last management plan for bighorn sheep in the province was released in 1993, according to the Alberta Environment and Parks website, where the report outlined that recreational activities such as, all-terrain vehicles, cross-country skiing, mountain biking, heli-hiking, and a number of people engaging in outdoor pursuits had greatly increased access into previously undisturbed sheep ranges.

“We try very hard in the MD to keep that industrial triangle free of visitor use – the primary purpose of those leases, and there are many different leases for different companies, is for any [leaseholder] quarrying or using [the land] for industrial use will eventually return the land to sheep habitat from basically mount Yamnuska to Canmore,” Cooper said.

The provincial government released its Alberta Bighorn Sheep Draft Management Plan in 2015, noting one of the primary challenges for managing bighorn sheep was to “identify summer range, seasonal range use and movement corridors, habitat selection and critical habitat features.”

The government acknowledged due to an increased popularity and growing population, public lands are experiencing recreational pressures that produce “undesirable impacts on land, vegetation, water and wildlife, as well an increases conflicts between public land users.”

“More conversations need to be had to determine what the solution will be,” Rosin wrote.

On the provincial website, it encourages people to be respectful and leave gates and fences as they are and “camp or park on surfaces that are resistant to impact.”

“The highest and best use was always determined to be wildlife habitat and not random camping or multiple use,” Cooper said.

“So our interest in it will be to not encourage any kind of camping or any kind of trails near existing quarries – we think it’s dangerous.

“But I don’t have control. That is with the provincial government.”