“What needs to be restored are our properties and our well-being. Mental health is a major element in any recovery. It is something that cannot be ignored.”
Jun 19, 2020 11:14 AM By: Evan Buhler 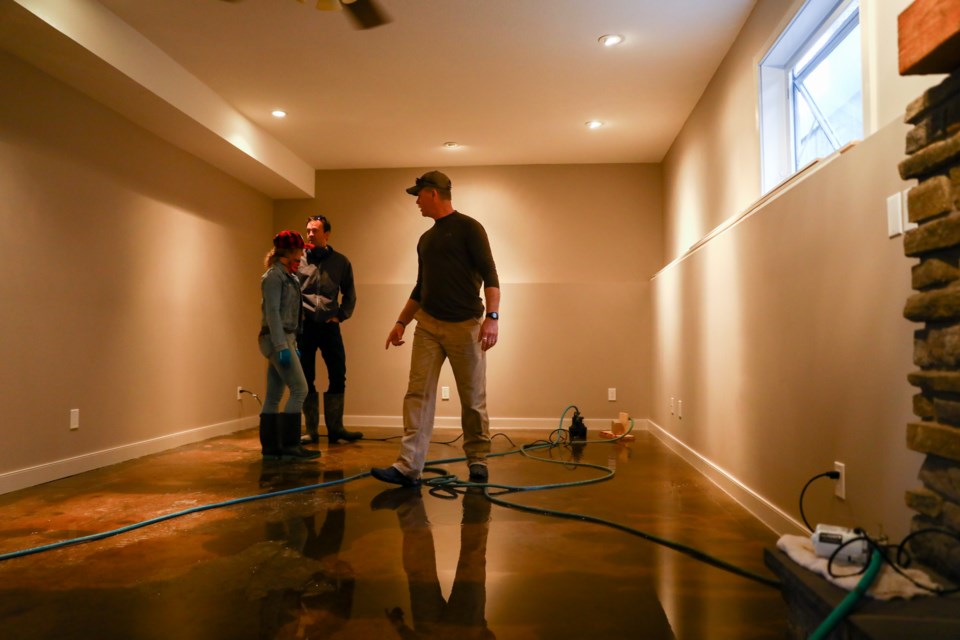 EXSHAW – To understand the impact of a natural disaster, it is often broken down into a few numbers: the number of fatalities and injuries, the number of homes, and buildings destroyed and the cost of cleanup and repair.

Often overlooked is the negative emotional toll it takes on the people involved.

The past three weeks have been especially difficult for Exshaw residents living on Mount Mcgillivray Street and Pigeon Mountain Road, who have had to deal with underground flooding during a global health crisis.

MD of Bighorn Reeve Dene Cooper said mental health should be at the forefront of people’s minds during this time.

“What needs to be restored are our properties and our well-being. Mental health is a major element in any recovery. It is something that cannot be ignored.” Cooper said.

Many in Exshaw are still dealing with the trauma caused by the 2013 flooding, and residents say the stress of COVID-19 and this year’s flooding has exasperated the mental health of those in the community.

“The 2013 [flood] and 2020 are two different events … both, however, have had the same results in creating fear, stress and anxiety for our residents," said Rob Ellis, MD of Bighorn chief administration officer.

"The pandemic has resulted in financial and social hardships for residents in all our hamlets, the MD and the Bow Valley.  The compounding stresses of COVID, basements and yards saturated with water and then a recovery phase, has residents stressed and exhausted from their ordeal."

She said this year’s event has triggered PTSD in herself and many others in the community and feels more needs to be done to address mental health in Exshaw, especially during times of flooding.

“I think it’s a community thing. It’s a community unaddressed – a reoccurring pattern that hasn’t been addressed,” said Arlidge about the impact of PTSD in the hamlet. “For people on these two streets waking up to water in their homes, that’s traumatic. People need to talk and be listened to really early on so they do not internalize it.”

The fear and distress experienced during a natural disaster does not recede with the flood waters, that stress leads to PTSD.
Past experiences will trigger PTSD, but take an individual back mentally to that stressful time.

The constant drone of water pumps running has been an obvious trigger for many residents, but there are more subtle things affecting residents; well-being.

There are mental health supports available for residents including resources from AHS, Bow Valley Victim Services, 211 and the Canmore Hospital, said Cooper.

While Arlidge agrees those services can be useful, they can also act as a trigger for distress.

“Sometimes having resources online might be the obvious thing, but for the person who is in distress, it’s not ideal because that is a trigger for them. The cascade of paperwork is stressful and it takes people back to 2013.”

Since June 8, the Billy Graham chaplains have been in Exshaw visiting face-to-face with residents, while maintaining social distancing.

“What we’ve really been doing mostly is just listening. Allowing people to share their stories and providing emotional support,” said chaplain Nathan Best. “We are just speaking with those residents we meet on the street. We are not going door-to-door speaking to people.”

Adults are not the only residents dealing with trauma. Jen Smith said her two eldest children are dealing with PTSD from 2013 as well.

“For my kids, it’s been about reprocessing. Because our house was condemned in 2013, we rebuilt and we know that is not going to happen this time," said Smith

“It’s about realizing we’re safe, and because we are safe our hands are free to help out our neighbours. That has helped my kids process their own PTSD.”

With most of the flooding in Exshaw now under control, residents are looking for ways to cope.

Arlidge said she and her friends have taken to painting as a sort of creative therapy. She is also thinking of ways to help the community as a whole through a cooperative project.

“Working side-by-side may be therapeutic for some people, so we need to create an enticing project to bring the community together," she said.

In the future, Arlidge wants to have mental health services more readily available, and for a quicker response in times of emergency.

“We are in a disadvantage in a rural community for health services," said Arlidge.

“I felt like a lot of it could have been prevented by providing an early opportunity to be listened to, then people wouldn’t have had to go into their own little hell.”