SAEWA officials will decide between Wheatland County, Vulcan County and the County of Newell
Oct 15, 2019 2:52 PM By: Jenna Dulewich 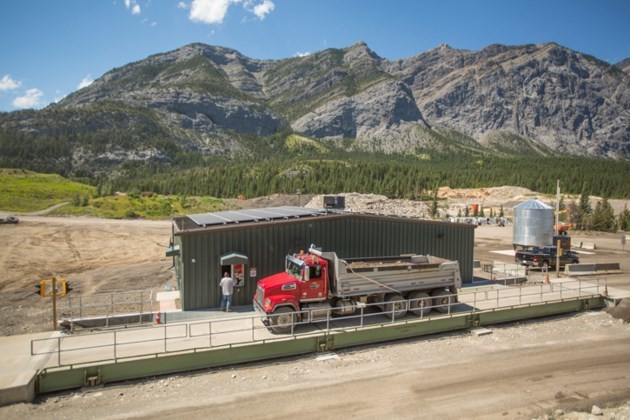 The Francis Cooke Landfill in Exshaw does not accept municipal solid waste, so Bow Valley communities must ship their garbage to a landfill near Camrose. A new energy from waste project in Southern Alberta is hoping to provide municipalities with an alternative to landfills. RMO FILE PHOTO

Originally 11 potential sites in six different municipalities were identified earlier this year, but after $400,000 in funding from the Alberta Community Partnership program was granted toward the organization to narrow down potential sites, officials will now be deciding between Wheatland County, Vulcan County and the County of Newell.

"SAEWA has come a long way in the past few years and now that we have been able to shortlist potential site ... we see municipal interest continues to increase and we hope to have a preferred designated site by end of November," Paul Ryan SAEWA vice chair and project lead.

Accepting all non-recycled materials, the Energy-from-Waste (EFW) facility is estimated to reduce greenhouse gas emission by more than seven million tonnes over the life of the project, or approximately 236,000 tonnes per year.

Waste to energy technologies have a couple of different techniques including anaerobic digestion, gasification, combustion, or incineration with energy recovery.

Anaerobic digestion typically uses livestock waste decomposing the organic matter turning it into methane gas. Gasification can take wood and coal transforming the once garbage into a gaseous product that can be burned as fuel or further refined into a liquid fuel. Incineration is the process of thermal destruction of selected waste, where heat recovered can be used to generate electricity to provide heating.

Ryan said the organization has not formally designated a particular technology for the EFW facility yet, but board members will decide at the future annual general meeting.

Established in 2009, the non-profit SAEWA association is a coalition of 60 municipal entities and waste management jurisdictions in southern Alberta with the mission to research and implement energy recovery from non-recyclable waste materials in order to reduce the long-term reliance on landfills.

With the intention for the facility to be municipality owned, organizers noted the development will require a rigorous engagement process including a series of open houses, public hearings and multi-level government approvals, according to the press release.

To date $1.5 million in engineering work has already been completed for the future project including the project development plan, life cycle analysis and detailed business plan.

A single preferred site is expected to be announced later in November.