Suggestions to remove the pool and exercise portion to reduce height, designate at least one to two rooms for staff accommodations and ensure proper fencing is installed were part of the discussion residents said they were grateful to have with the developers before the final design goes through.
Jan 15, 2020 12:46 PM By: Jenna Dulewich 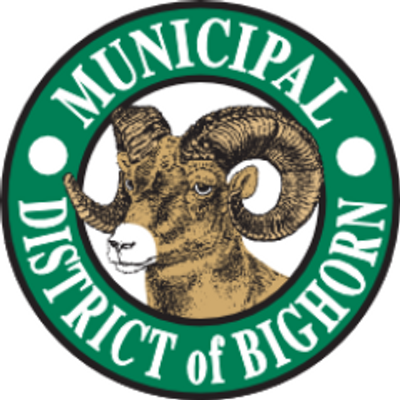 BIGHORN – Another hotel has been proposed for the humble 175-populated hamlet five kilometres west of Canmore.

More than 35 residents and Bow Valley locals attended the open house hosted by the developer and architect at the local community hall for an open discussion about the multiple-storey, 80-room hotel and restaurant proposed for 1050 Harvie Heights Rd.

Commercial Intent, parking, height variance, separation from the community and safe access on and off the Trans-Canada Highway were some of the hot topics at the discussion.

“We are not against development, we are against bad planning,” Joseph Wells, president for the Harvie Heights community association said at the open house.

The developer, proposing an 80-room hotel with a pool and exercising amenities, along with a restaurant that will seat up to 50 people said the land is on a slope and while on blueprints is a four-storey building, the hotel would appear as three-storeys from the front access.

Suggestions to remove the pool and exercise portion to reduce height, designate at least one to two rooms for staff accommodations and ensure proper fencing is installed were part of the discussion residents said they were grateful to have with the developers before the final design goes through.

“Is this a box to check on your list or will this [meeting] have an effect,” one resident asked at the meeting.

Tayefi said the developer's intention is to hear the community concerns and take into account everything they are saying as they get ready to submit the proposed development plan amendments to the MD of Bighorn.

Commercial intent for the hamlet was also a topic brought up several times.

According to the original bylaw, the purpose of the commercial district was to provide commercial sites within the hamlet that intend to offer services for residents and visitors of the hamlet, as well as the surrounding area.

A new Land Use Bylaw was passed in 2018, stating the purpose and intent of the Harvie Heights hamlet is to allow a mix of commercial uses in a mountain-village setting, primarily oriented towards those providing short-term visitor accommodation and related services for guests visiting the area for recreation purposes.

Originally built as a cottage community in the late 1950s, over the years Harvie Heights has grown to a community with under 200 full-time and part-time residents, hosting a community hall, outdoor skating rink, tennis court and playground. The hamlet is also home to several lodges, chalets and inns.

The bylaw also states potential negative effects from commercial uses on the adjacent residential area are minimized through regulations that mitigate visual and noise impacts, such as the set back regulations and building height restrictions.

“Please communicate your comments with us. Our intent is being a partner with you,” Tayefi said at the open house.

At the open house, residents voiced concerns at the potential of the main access road being off the only residential access road, Blue Jay Drive. The amended application has yet to go before the Municipal Planning Commission.

It is also the third major commercial development being discussed in the MD of Bighorn prior to an application being made.

Last year, more than 70 Exshaw residents voiced their concerns at the June open house for the proposed 25 to 40 lot build out on the north and east side of Exshaw. In August, the Terms of Reference was approved for developers, Exshaw Mountain Gateway Inc.

Both Harvie Heights hotel developers said they are hopeful if paperwork moves forward with permits approved and design finalized that they will be able to start construction in the spring or summer.

The Principal Architect encouraged all residents who did not get a chance to voice their opinions at the recent open house to send in their feedback at info@mt-arch.ca.