"I think what's been encouraging, if anything, is that we're all in this together and I'm getting the feeling that the community is coming together as a result of this."
May 29, 2020 10:00 AM By: Jordan Small 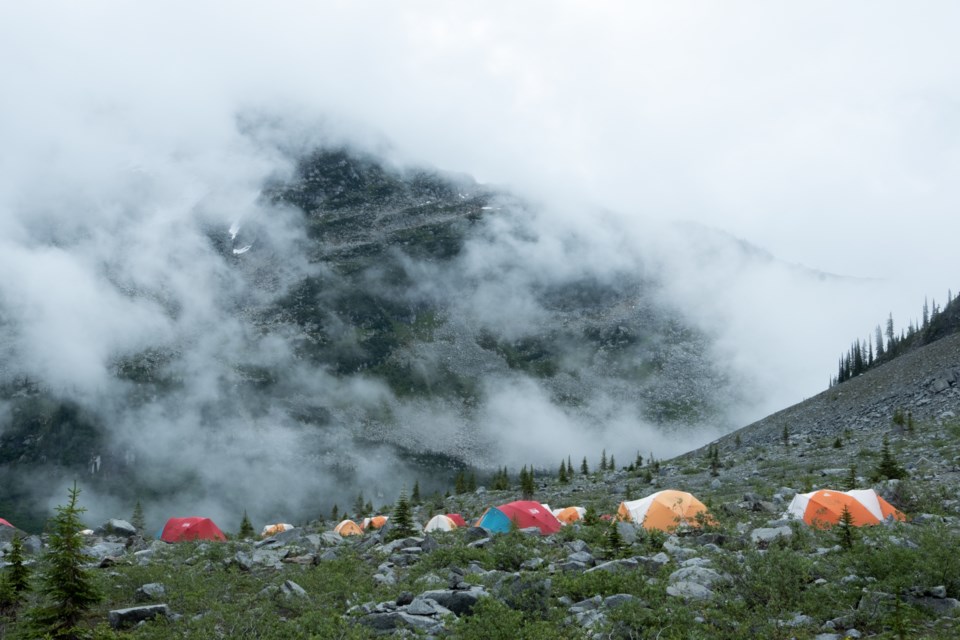 The Alpine Club of Canada has hosted a General Mountaineering Camp annually for 114 years, like the 2019 event, which was held at Westfall Glacier. the one pictured in here in 2019. Due to COVID-14, however, the ACC has cancelled this year's event. ZAC ROBINSON

CANMORE – A 114-year streak is coming to an end for an annual Canadian mountaineering tradition.

Due to concerns over the COVID-19 virus, Alpine Club of Canada’s (ACC) annual General Mountaineering Camp (GMC), a six-week program where around 150 new and experienced participants attend, was postponed to 2021.

“This is a piece of Canadian culture going back to 1906 that’s been running every single year for over a century, so there is that loss in continuity," White said. "But people in the community are understanding around the decision because it is the right decision to make and people really appreciate that and are looking forward to getting back out there as soon as possible."

The 2020 GMC was scheduled for July 4 to Aug. 20 in British Columbia’s Mount Mummery area, northwest of Lake Louise.

Each year, the GMC is set in a new camp in the western mountain ranges. When it started, it was a way to build community around the ACC with participants climbing together and sharing communal meals.

White added the ACC goes to great lengths to diminish the spread of anything contagious in its programs and at its facilities.

“We’ve been incredibly successful over the years at mitigating those risks and in this case we felt that the mitigation measures would not have been sufficient to ensure everybody’s safety, so the difficult decision was made just to cancel it," White said.

The GMC is designed to be an intimate gathering, said Frank Spears, the ACC’s Vice President for Activities, who oversees each year’s event.

“It’s a very social environment. This makes physical distancing virtually impossible,” Spears said, in a press release. “Given the remoteness of the GMC locations, we simply can’t ensure the level of health protection required during this outbreak of a new, highly infectious and serious disease.”

Although disappointing circumstances, White said he thinks its bringing the community together.

"I think what's been encouraging, if anything, is that we're all in this together and I'm getting the feeling that the community is coming together as a result of this," White said. "It's a rallying point for the camp itself and the club to look forwward to 2021 and beyond when we can actually get back to the new normal, so to speak."

The 2020 camp was sold out and its participants will have first opportunity to book a spot in 2021.