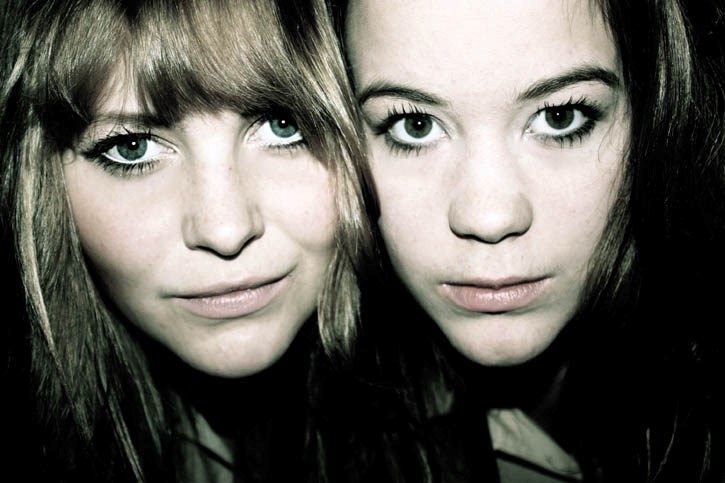 The trio of talent will play two performances as part of the program – in The Club on Saturday (Sept. 24) and on the Eric Harvie Theatre stage on Oct. 1, opening for Chad VanGaalen.

“It’s a two-week intensive residency that focuses primarily on an audio program, but also being in a band is about performing in front of a lot of people and doing media interviews, so it’s a mini rock camp,” he said.

Indie music today is defined as a means by which musicians can do things themselves, said Shoesmith, without needing the overarching support of a record label to be successful.

“It’s independent music, so bands are no longer signed to big record deals,” he explained. “Now you can be a financially successful band and make most of your money from selling music on iTunes, so it’s more of that independent spirit of doing it yourself.

“We bring in producers, but the musicians are in complete control of what goes on, both in the recording studio and the rehearsal time. We just take them away from their regular lives and immerse them in this intensive program and amazing things come out of it.”

Leah Abramson of The Abramson Singers and Stefanie Johnson and Jodi Dunlop of Mise en Scene were on hand to talk about their music, the program and the upcoming performances. Doldrum, a team of two brothers from Montreal, had not yet arrived and was not available.

“I’m very focused on songwriting; it takes me a long time to finish songs, and I very intentionally think a lot about structure and lyrics,” she said. “What I write about totally depends. Sometimes my love life.”

She’s also working on a project consisting of writing songs about Louis Riel.

“I’m not Metis though, I’m a Jewish girl from Burnaby.”

Abramson had heard about the indie band program while at the Banff Centre for a previous program, and was intrigued.

“It sounded like an amazing time and so far, so good,” she said. “We get time in the studio, so I’m hoping to come out with some new recorded material, and time to write and time to rehearse with the band – because the band and I haven’t really played that much together yet, so it’s time to tighten up and work on the band feeling.”

“We started playing together in Gimli – it’s a small Icelandic community outside of Winnipeg – we met each other through art and we realized we had more of a connection through music,” she said.

“We started playing together and then one thing led to another and we both went to art school and decided to take a year off and do music full-time and then we got the opportunity to come here.”

With both coming from different musical backgrounds, the fusion of their styles has led to something unique, suggested Johnson.

“We do pop rock, folkie punky stuff,” she said. “I come more from a folk singer-songwriter background, and she from a punk background, and together we make rock pop music.”

The chance to take part in this program was a great opportunity, she said.

“It’s providing us a space to practice our art 100 per cent of the time, it’s like a full-time job for two and a half weeks straight,” said Johnson. “It’s great because in the real world as an independent band, you need to work a job, and find time in the middle of the night to write a song and get it going.”

Dunlop shared this conviction, that the program will allow them to focus on being musicians.

“It just seems like a great opportunity for us,” she said. “To come here and work with great people in this practice space and focus only on music and not have to worry about work and other distractions and just being in a beautiful place with all the support you need.”

With the program, they hope to find ways to better succeed at being independent musicians.

“Indie’s an interesting word,” said Johnson. “It’s another way of talking about popular music, but in an underground sense, because you’re doing it yourself and marketing it yourself.

“You’re really working on yourself as an artist as a whole, it’s not just about you as just a musician, you’re thinking about the way that you brand yourself and want to get out in the world and be perceived.”

Dunlop is excited by the opportunities to perform.

“It’s exciting – I love performing live and we thrive on it, so it’ll be really, really great to perform in front of a new crowd,” she said. “And then with Chad; to play on a bill with a really accomplished musician, we’re really looking forward to it.”

Abramson is looking forward to the performances too.

“I’m really excited to play with Chad VanGaalen,” she said. “I’ve been a big fan of his for years and years.”

She also hopes to be inspired and find the time and place to write a new song.

“We’re going to see how far we get and try to do as much as we can, and then we’ll see if I can write something new and maybe record it next week,” said Abramson.

“There’s no shortage of inspiration here, but you never really know when you’re going to be able to write exactly.”

This Saturday’s performance at The Club starts at 7:30 p.m. sharp and is free.