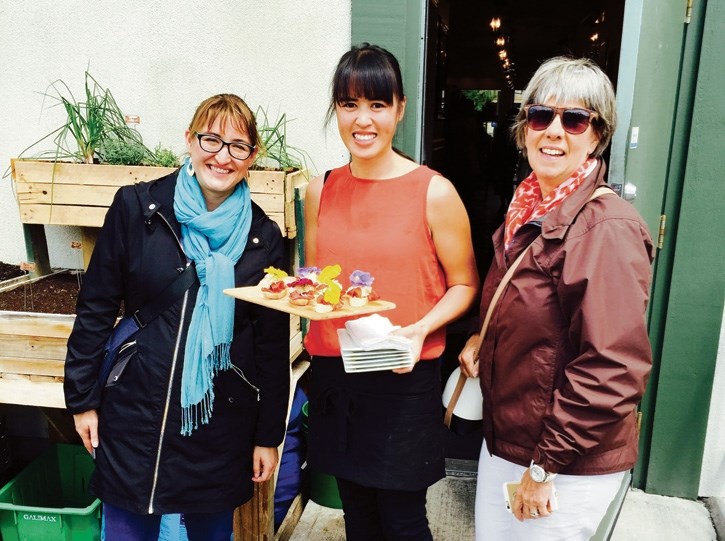 Running to Aug. 7, the contest is simple. Participants throughout the province – from big cities to farmers in their fields – are encouraged to share photos of their favourite Alberta foods on Instagram using the hashtag #EatAlberta150.

“Now we want to continue the conversation and involve as many Albertans as possible to share the bounty we enjoy here.”

There will be 150 prizes from over 30 AFT partners awarded throughout the contest duration, with two prizes awarded daily and 16 prizes awarded over each of the long weekends. Plus, every winner receives a cupcake from Crave Cookies and Cupcakes.

Lauren Telfer, director of marketing and public relations with Canadian Rocky Mountain Resorts, said, “CRMR is extremely excited to sponsor a grand prize for the Eat Alberta 150 contest, as sharing culinary experiences is an integral component of exploring a destination and learning about local culture and history.”

Food tourism is the fastest growing segment of the tourism industry, which provides an $8 billion economic impact to Alberta each year, according to AFT.

“Alberta is not only visually stunning with its rolling foothills, Rocky Mountains, prairies and boreal forest, but this landscape offers equally interesting and flavourful ingredients for chefs to craft diverse dishes to showcase the terroir,” said Calgary’s Rouge Restaurant executive chef and co-owner Paul Rogalski.

As a special birthday gift for Canada150, anyone booking a ticket to any Alberta Food Tour in Calgary, Canmore or Edmonton this season will receive a 10 per cent discount on their purchase by using promo code eatalberta150 at checkout.

Visit albertafoodtours.ca to see details on all 10 tours.